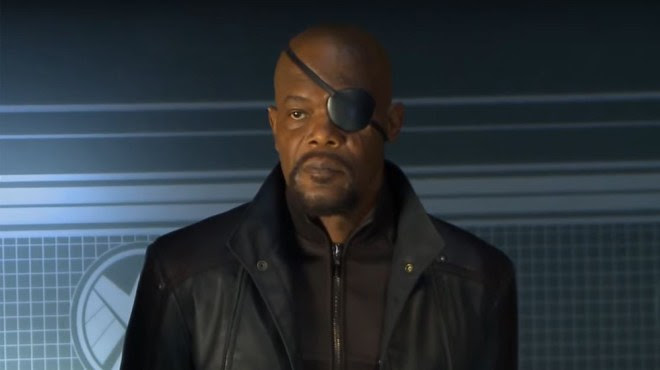 After the post credit scene in SPIDER-MAN:FAR FROM HOME many wondered when would be the next time we would see Samuel L. Jackson as Nick Fury back in the Marvel Cinematic Universe. While we can assume that it will be in the upcoming BLACK WIDOW  film we now know thanks to Variety that the former head of S.H.I.E.L.D will be appearing in a series currently in development at Disney Plus.

The project is in its early stages and details are being kept under wraps, but according to the trade Kyle Bradstreet (Mr. Robot) will write and executive produce and should the project be ordered to series, it would be Jackson’s first series regular television role.

He has recurred as Col. Fury on MARVEL’s AGENTS OF S.H.I.E.L.D on ABC.

Jackson had initially signed a nine film deal to appear throughout the Marvel Cinematic Universe which began with IRON MAN and as of most recently the aforementioned SPIDER-MAN:FAR FROM HOME, AVENGERS ENDGAME and CAPTAIN MARVEL (where we finally found out how Fury lost his eye and was required to wear the eyepatch).