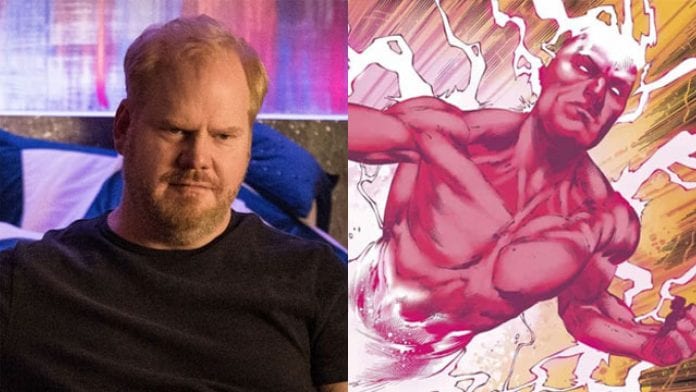 As the CWverse begins gearing up for its respective new seasons next year, we’ve learned that season 2 of Stargirl has gained a new cast member in the form of Jim Gaffigan in the role of Thunderbolt.

It has been confirmed by Entertainment Weekly that comedian Jim Gaffigan will be joining Stargirl in its sophomore season in the role of Thunderbolt, a 5th Dimensional Jinn that can grant powerful abilities to allies.

The character has already been teased in season 1 of Stargirl, as titular character Courtney Whitmore stole a pink pen that traditionally serves as Thunderbolt’s “home” (i.e. the vessel that traps him inside, like a genie’s lamp).

“The wishes he grants often cause more trouble than the wish-asker would ever expect. But despite his somewhat constant supernatural disasters, the Thunderbolt’s heart is always in the right place, even if it is wounded by the friends he has lost throughout his long existence.”

Season 2 of Stargirl is expected to arrive sometime in 2021.