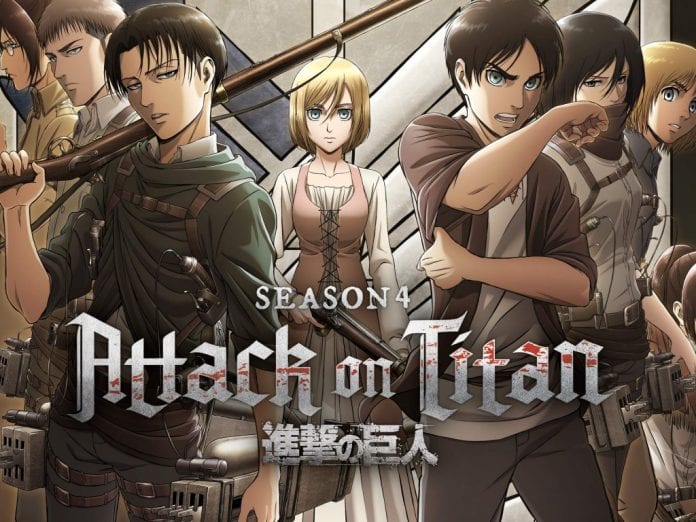 The first trailer for the fourth and final season of Attack on Titan has arrived and it promises plenty of action before the story is over.

Promising to end the story of the Survey Corps and the war that has waged for hundreds of years between Marley and Eldia, the fourth season of Attack on Titan is promising to offer plenty of action, death, and betrayal that the series has been known for during its dark run. Based on the events that have taken place within the manga following the conclusion of the third season, there are plenty of big moments that will be told in the upcoming season.

On the other side of the sea, Eren thought he would find freedom. But beyond the waves is actually revealed the battlefield between the armies of Mahr and Eldia. Eldian warriors rallied to their oppressors must prove themselves there to prove themselves worthy of inheriting the powers of the primordial titans …

At the conclusion of season three, Eren and his friends had finally discovered the truth behind the war between the two factions, vowing to bring the war to the nation of Marley that has been killing their people for so long. Unlike the previous seasons of Attack on Titan, this final season will be helmed by Studio MAPPA instead of Wit Studio. Studio MAPPA has worked on dozens of series in the past, but it will still be weird to have a different studio working on this last season.

The fourth and final season of Attack on Titan is currently scheduled to release in      October 2020.