Created by Matt Nix (Burn Notice) The Gifted has been a breath of fresh air for the X-Men Universe. However with the merger of 20th Century Fox and Disney, the future of the show has been up in the air. What would happen to the Mutant Underground that has been fighting for Mutant rights all season? Until today the future was still in questions. However, FOX has announced that they have ordered a second season of The Gifted.

The Gifted had strong ties to the FOX X-Men  Universe with the pilot being directed by original X-Men helmer Bryan Singer, as well as it’s producers Lauren Shuler Donner, and Simon Kinberg, with Marvel’s Jeph Loeb and Jim Chory working on the project. Being the second Mutant televison to hit the small screen, after Legion with hit early 2017 to high praise. The Gifted stars  Sean Teale, Natalie Alyn Lind, Percy Hynes White, Coby Bell, Jamie Chung, Blair Redford, and Emma Dumont. It follows a family who’s children are mutants and have to go on the run from a government agency that hunts mutants. They join up with the Mutant Underground, and organization that seeks to help mutants find sanctuary and protect them from persecution in the absence of the X-Men. No idea what Season 2 will bring to the Mutant Underground, but it is safe to say they will continue to fight the fight against sentinels, for all mutant kind. 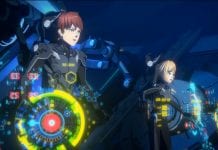