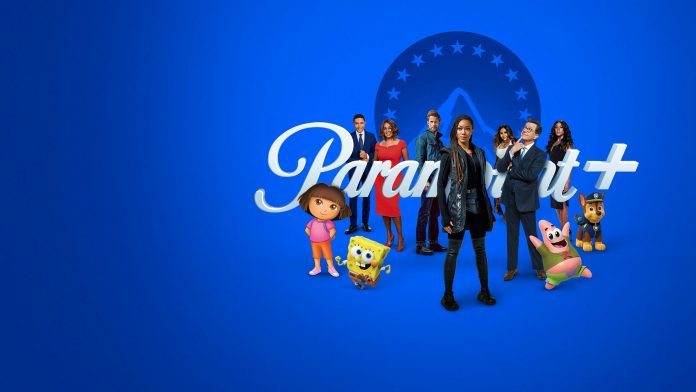 Recently, ViacomCBS held an investors meeting, centered around their plans for their upcoming streaming service, Paramount+.

What was announced was a sheer overflow of shows that are new, old, revived, and rebooted. With the metric ton of announcements, we decided to put them all in one easy-to-read place, except for the Avatar news. Click here to read about Avatar Studios.

Below is what is coming to the up-and-coming streaming service. Back in 2013, it was announced that Amblin Television was working on a Halo series. It wasn’t until 5 years later that Showtime announced that they had made a series order for the live action Halo TV show based on the iconic Xbox game. One year later, the series had a director change, moving from Rupert Wyatt to Otto Bathurst. Then, the pandemic delayed production even further.

Now, as first reported by Deadline, the series is changing hands moving from Showtime to Paramount+.

The Halo series, starring Pablo Schreiber, is currently in production in Budapest. It will continue to be produced by Showtime, in conjunction with 343 Industries, the Microsoft-owned studio that’s been developing Halo games since Halo 4. Live-Action Dora: The Explorer and The Fairly Oddparents

One of the biggest takeaways from the Paramount+ investor meeting was how much of a focus ViacomCBS is putting towards both using existing IPs in their library and producing quality content for kids. This was evident with the announcement of Avatar Studios.

Adding to that announcement was a reveal by ViacomCBS Kids & Family President Brian Robbins that live-action versions of Dora: The Explorer and The Fairly Oddparents are in the works for Paramount+.

Robbins stated that both shows will be “in the vein of” the live-action Dora movie from 2019, Dora and the Lost City of Gold. Both projects will be targeted Nickelodeon’s core audience, much like the project Avatar Studios is working on.

ViacomCBS’ first attempt at a streaming service was CBS All Access. The flagship franchise of that service was undoubtedly Star Trek, producing multiple series in its run. Star Trek Discovery, Picard, and the animated series Star Trek: Lower Decks.

Now, with CBS All Access transitioning to Paramount+, those Star Trek properties will also be moving and they’ll be getting a new series joining them.

A CG-animated Star Trek series, Star Trek: Prodigy, has been in the works to air on Nickelodeon. Now, all 20 episodes of the first season will premiere first on Paramount+ before debut on Nickelodeon at a later time.

Centering on six misfits who take over a beat-up Starfleet ship that they know almost nothing about, Prodigy intends to advocate the Trek philosophy of inclusion, curiosity, and adventure.

Meanwhile, the trailer above showed brief snippets of yet another new Star Trek series, Strange New Worlds. The series is set to follow the continuing adventures of Captain Pike and Mr. Spock, characters seen most recently in Star Trek: Discovery.

Star Trek: Prodigy is slated to release in 2021, but Strange New Worlds has yet to receive an official release window.

In addition to all the brand-new programming that was announced above, ViacomCBS also announced a couple of revives and reboots. However, none were as exciting as the Rugrats Reboot that was both announced and shown, with a First Look trailer (above).

If the whole gang sounds the same, that’s because they are. This Rugrats reboot will include all the original voices from the beloved series. The show is produced by Nickelodeon Animation Studios.

“Rugrats is one of the most iconic cartoons recognized by fans around the globe, and this original version is one we are taking great care and pride in creating for a brand-new audience,” said Ramsey Naito, President, Nickelodeon Animation, in a statement. “Having the voice cast behind these special characters come together is one of the essential pieces to making the show recognizable and we can’t wait to watch this talented group bring them to life again.”

Paramount+ will also feature a litany of other new and existing shows, including a Frasier revival starring Kelsey Grammar, The Italian Job sequel series, Behind the Music, The NFL on CBS, and so much more.

However, what’s even more impressive than that is the deal ViacomCBS made for new movies. Rather than waiting the standard 90 days for a new movie to hit a streaming service after theatrical release, Paramount+ will have movies in half the time. So, in just 45 days after theatrical release, we’ll be able to stream movies like A Quiet Place Part 2 and Mission Impossible 7.

What shows are you most excited for?