The eighth season of Doctor Who aired this weekend and we finally got to see Peter Capaldi as the Doctor. Most of the pre-episode buzz had been highly positive for Capaldi. Now that we’ve actually see him in the episode “Deep Breath”, the question of every Whovian’s tongue is “Was he any good?”

Fear not fans. Despite having to meet excessively high expectations, Capaldi does not disappoint.  It’s hard to get a handle on what his version of the doctor will be like since the character spends most of the episode in a post-regenerative state of confusion, but he settles down at the end and gives a sense of things to come.  It looks like we’ll be seeing a Doctor who has authority and a definitive dark side.

The general story structure is very similar David Tenant’s debut episode “The Christmas Invasion”… The TARDIS makes an out-of-control crash on Earth, and some old friends arrive to find the Doctor changed from the face they expected. The companion is as confused as they are. The Doctor is suffering the after-effects of his regenerations, so his companion and the two trusted friends bring him to a place where he can safely rest. While he is recovering, a deadly menace shows up. The companion is torn because she is wondering about whether she will like this new incarnation of the Doctor, when she is drawn into chaotic events. The companion takes center stage, bravely confronting the villain until the recovered Doctor arrives to save the day with deadly force, dropping his enemy from a great height. The companion comes to terms with the Doctors new face and persona.

All the same ‘T’s are crossed and ‘I’s are dotted in “Deep Breath” as in “Christmas Invasion”, except that this episode takes place in Victorian times. Capaldi had just as strong a freshman episode as Tennnant did, and as Matt Smith had in his debut “11th Hour”. And speaking of Matt Smith, his cameo appearance in “Deep Breath” was one of the highlights of the episode. If you hadn’t heard the internet spoilers, you were probably blown away by his (brief) return to the role. (Does this count as a multi-Doctor episode?)

Also back was Jenna Coleman as latest companion Clara, taking on the lion’s share of the storyline, with some help from returning guest stars the Paternoster Detective Agency; Madam Vastra the Silurian, (Neve McIntosh) Jenny (Catrin Stewart) and Strax the Sontaran(Dan Starkey).  Vastra and company fill the same purpose here as they did in Clara’s debut episode “the Snowman”. They handle the action and help Clara bond (or re-bond) with the doctor, while Strax provides the comedy relief.

Much of the episode concerns the concept of acceptance, the over-importance we put on appearance and being tolerant of change. Clara isn’t sure if she still wants to travel with the new Doctor, and he isn’t sure what to make of himself. Vastra and Jenny, by nature of their relationship (inter-species lesbianism) represent tolerance and the ability to see past the surface to the person underneath. Clara has to realize that the Doctor is still the Doctor, even with grey hairs, and the Doctor needs to remember who he was so he and discover who he is becoming.

Much of the early part of the story concerns a Dinosaur who the Doctor accidently brought back from the past. (It swallowed the TARDIS while the doctor was time-travelling.) Ignoring the fact that the creature way too large for a real tyrannosaurus, it serves as a metaphor for the Doctor, who translates the creature’s angst-ridden expressions of loneliness and the feeling of being cut off from its race. Clara thinks for a moment that the Doctor is talking about himself. The sight of the Jurassic beast stomping around London is a shout-out to the Jon Pertwee episode “Planet of the Spiders”.  The clockwork soldiers from “The Girl in the Fireplace” make their return.

There are a lot of little Easter-eggs that long-time fans will spot. The Doctor talks of wanting “Round things” on the walls of his TARDIS;  The Doctor offers to buy his companion lunch but realizes he has no money, just as in “Rose”; Clara’s line “You’ve redecorated. I don’t like” it, was first used by Patrick Troughton in “the Five Doctors” and has been repeated several times since; the mention of a big Scarf; the connection to the Madam Pompadour from “Girl in the Fireplace”.

Series showrunner Steven Moffat says that Capaldi’s Doctor will be more reminiscent of the classic Doctors than we’ve seen from Tennant and Smith. The constant references to the new Doctors age, grey hair and wrinkles are a “Take that!” from Moffat, letting the fans know that the “boyfriend” Doctors (as he called them recently) are gone.

The episode wasn’t without its flaws. One of the biggest was Clara’s befuddled and antagonistic reaction to the Doctors new face. More than any other companion, she should be used to the whole regeneration thing. She entered the Doctor’s personal time-stream and interacted with all his past incarnations. She also was with the Doctor 11 when he teamed with Doctor 10 and the War Doctor (John Hurt). Regenerations should not be any big shock to her by now. That’s way her reaction to the Doctor’s changing face seemed to contrived for the character. Otherwise, however, Coleman does a good jb in this episode and her amusing banter with Capaldi flows more naturally than the flirting she did with Smith’s Doctor in “the Snowmen”.

The episode introduced its first dangling mystery of the year when an enigmatic woman named Missy appears at the end of the episode, describing the Doctor as her’ boyfriend’ and welcoming the story’s villain to the “promised land”. Who was she? There’s no clear clue yet. We’ll need to find out more before we can attempt to figure this mystery out.

All in all, this was a pretty decent episode to start the season off, although it was hamstrung by the needs of a regeneration story. Capaldi came out of the gate strong, and it will be fun to see how his character develops in upcoming episodes, and how ‘dark’ the 12th Doctor can become without turning off fans who started watching the show because of Tennant and Smith. 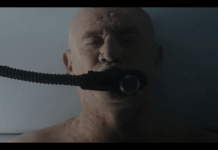 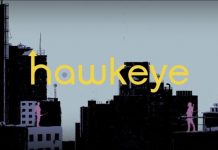 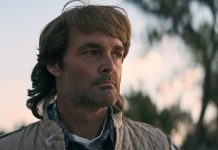