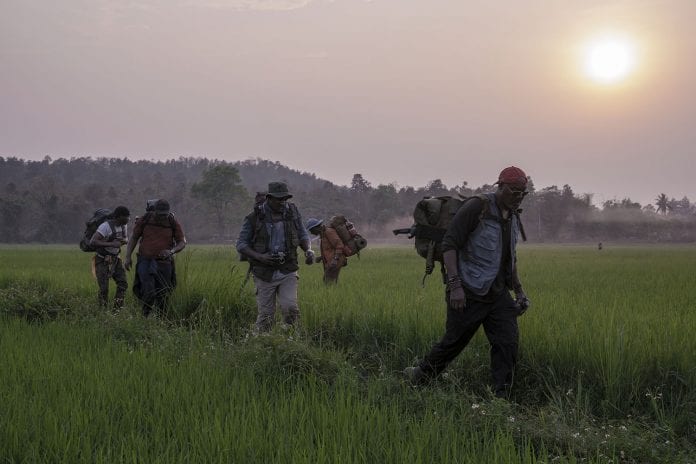 This morning brings our first look at Spike Lee’s next film, Da 5 Bloods, coming courtesy of Netflix, and it looks all manner of awesome.

After teasing it this past weekend, this morning has brought our first trailer for Spike Lee’s newest film, Da 5 Bloods. I love the idea, giving us a different look at the Vietnam war, and combined with Spike Lee’s style it looks like we’re in for something special next month:

From Academy Award® Winner Spike Lee comes a New Joint: the story of four African American Vets — Paul (Delroy Lindo), Otis (Clarke Peters), Eddie (Norm Lewis), and Melvin (Isiah Whitlock, Jr.) — who return to Vietnam. Searching for the remains of their fallen Squad Leader (Chadwick Boseman) and the promise of buried treasure, our heroes, joined by Paul’s concerned son (Jonathan Majors), battle forces of Man and Nature — while confronted by the lasting ravages of The Immorality of The Vietnam War.