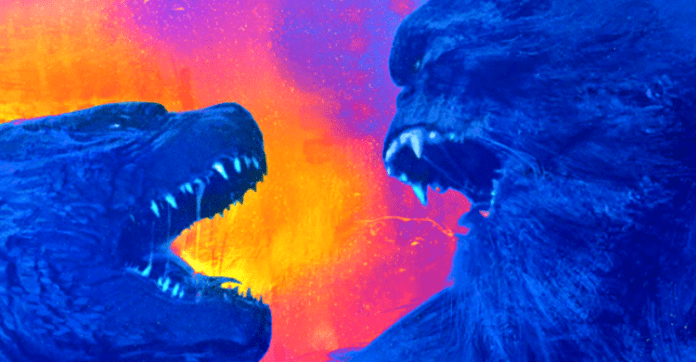 This evening, Warner Bros has shaking up their movie release calendar and found new dates for Tenet, Wonder Woman 1984, Godzilla vs. Kong, and The Matrix 4…

Many studios have been playing musical chairs with their release calendars in the wake of the global pandemic and movie theater shut down. While Warner Bros. has been pretty firm in their schedule for the most part, tonight brings some moves. Some are relatively small, while others have shifted by nearly a full year:

Tenet – Christopher Nolan’s latest film will still debut this Summer, but a couple weeks later as it shifts from July 17th to July 31st.

Wonder Woman 1984 – The much anticipated return of the Amazonian warrior has been pushed back once again. Instead of hitting in August, it will now arrive on October 2, 2020.

Godzilla vs. Kong – This one hurts the most, but understandable. As November got more and more crowded with previously delayed films, Warner Bros. has moved the monster movie epic to May 21, 2021…Which you may recognize as The Matrix 4‘s release date.

The Matrix 4 – Much as I’m hyped for The Matrix 4, I completely understand this move. Production was still underway when the shut downs hit so they’ll still need time to come back and finish filming. To accommodate the need for more filming and such, WB has moved the film to April 1, 2022.

None of this is really unexpected, but it sure is a bummer to have to wait for Godzilla vs. Kong. Which of these films are you looking forward to most?