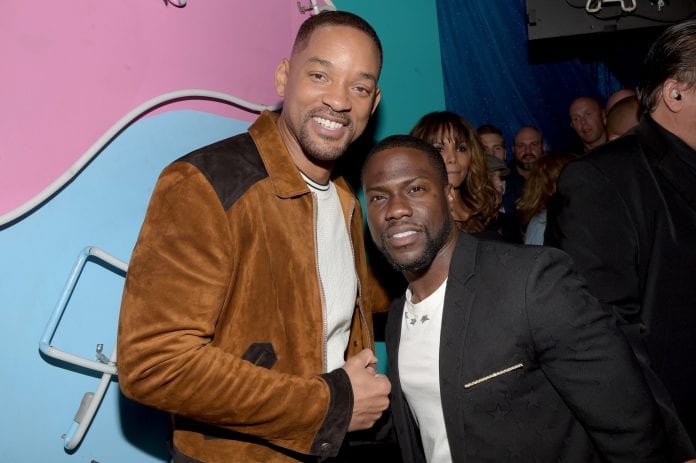 A remake of John Hughes’ classic film, Planes, Trains and Automobiles, takes a big step forward after finding their lead actors in Will Smith and Kevin Hart!

Paramount is developing a remake of Planes, Trains and Automobiles….I’ll give you a minute. Ok? We good? Now that you’re past the shock of yet another remake happening, especially on one of John Hughes’ best comedies (and one of John Candy’s best roles) let’s talk a bit more.

Word has come out that the project is moving ahead with both Will Smith and Kevin Hart set to star. While it’s still early to know who will take on what role, I can imagine Smith taking on Steve Martin’s role, with Hart filling in as Candy’s annoying shower curtain ring salesman. On top of starring in the film, the pair will also produce the movie, which is bringing on Aeysha Carr (Brooklynn Nine-Nine) to pen the script. So yeah, we’re talking early development here, but honestly, I’m curious to see if they can pull it off. Both of these actors do great work in comedy and can play off one another, but it’ll be interesting to see how this story will translate to the modern day.

What do you think about a Planes, Trains and Automobiles remake? Will you watch it?