It has been roughly 16 years that Hugh Jackman has been playing the character of Wolverine. Love or hate the X-Men Films, I think we can all agree he has become synonymous with the character. Rivaled only by possibly Robert Downey Jr. as Tony Stark. Now as Wolverine 3 has wrapped production Jackman has taken to his Instagram in celebration of his final outing of the beloved mutant.

Goodbye iconic Wolverine chops, as the man cleans himself up. We know very little about the 3rd and final Wolverine solo film. Most have speculated that it will be following the Old Man Logan story line as much as possible However, if you stayed for the post credits earlier this year on X-Men: Apocalypse, we can all say the safe bet has Wolverine going up against, my personal favorite X-Men villain, Mr. Sinister.

With a cast that includes Elizabeth Rodriguez, Stephen Merchant, Richard E.Grant, Boyd Holbrook, and Patrick Stewart reprising his role as Professor X (Possibly for the last time as well. Wolverine 3 is directed by James Mangold, and will be produced by Simon Kinberg with a “R” rating. It is set to hit theaters March 3 2017 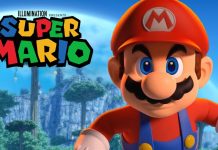