This comes from Bleeding Cool, where a source has told them that the xenomorphs as we know them, won’t be immediately recognizable.  More than likely they won’t look like the monstrous creatures we’ve come to know and love.  While some fans may cry foul at this, I for one, think this makes perfect sense.

If people remember their Aliens lore, the xenomorphs take on the characteristics of whatever host they are grown in.  Their DNA fuses with the host and creates it’s appearance.  Presumably that’s the reason it had a bi-pedal shape in the movies, because they grew from humans.  But remember the Dog Alien in Alien 3?  It had characteristics more associated with a dog, because that’s where it grew.  Or the Predalien in AvP:R which grew from a Predator and so had the weird face claws and such.

So in Prometheus, which will take place well before all of that, it makes perfect sense that the xenomorphs wouldn’t look like previous incarnations from the films, simply because they hadn’t encountered humans yet.  For me, that’s really exciting.  I am eager to see what the Xenomorphs looked like before encountering humans.  It could be a lot of fun, and give us some creatures that’ll make the originals look like teddy bears. 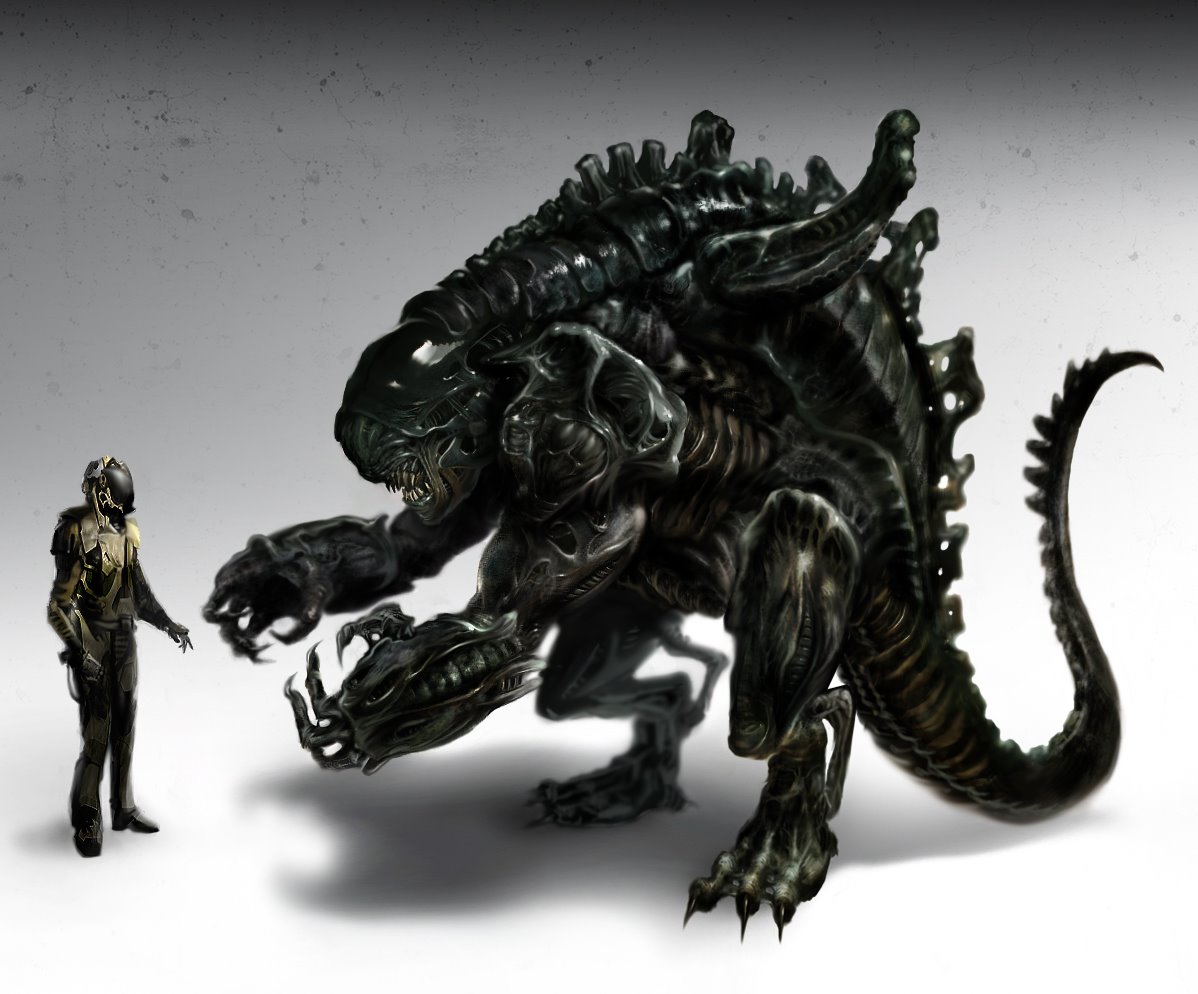 Either way, I’m still not confirming this as absolute news.  As always a ‘source’ isn’t anything official, so until then we’ll treat this as a rumor.  A very interesting and exciting rumor.