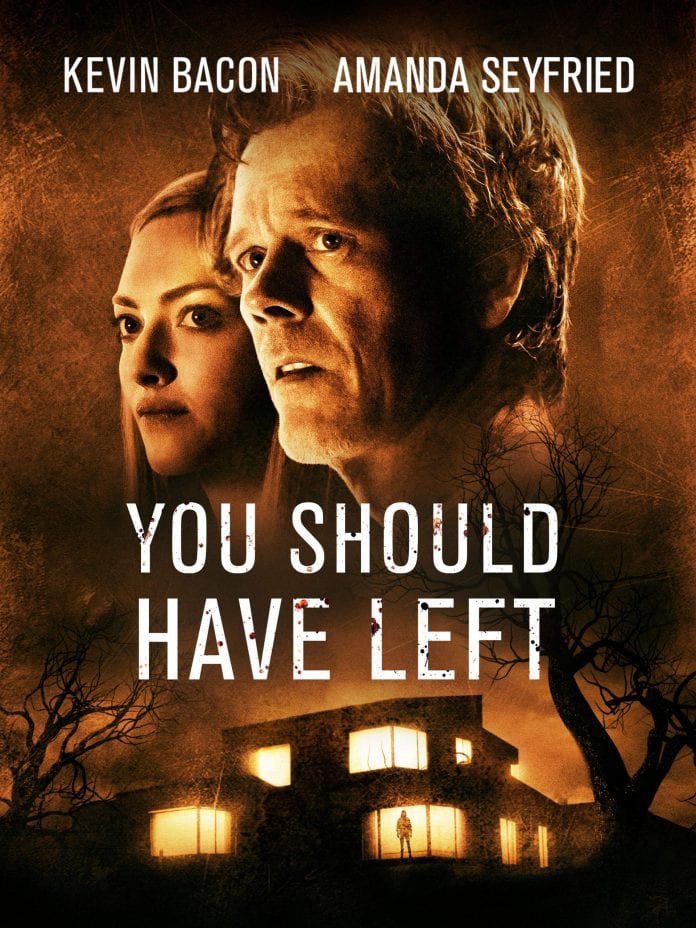 The mind-bending psychological thriller, YOU SHOULD HAVE LEFT, from writer/director David Koepp (Stir of Echoes), becomes available to own for the first time on Digital and DVD on July 28, 2020 from Universal Pictures Home Entertainment. Kevin Bacon (Patriots Day, Hollow Man) and Amanda Seyfried (Mamma Mia! Here We Go Again, Les Misérables) star in this terrifying tale where a father fights to save his family from a sinister force that demands a reckoning for secrets of the past based on the novel from Daniel Kehlmann.

In this psychological thriller from Blumhouse Productions and legendary screenwriter Koepp, Kevin Bacon and Amanda Seyfried star as a couple seeking a restful vacation in a remote home in the Welsh countryside. What at first seems like a perfect retreat distorts into a terrifying nightmare when reality begins to unravel, dark episodes from the past resurface, and a sinister force in the house refuses to let them leave.

Rating: Rated R for some strong bloody violence and language