To be honest, I wasn’t exactly sure how to do my review for this movie. There were so many things I wanted to talk about specifically, but wouldn’t fit into a general review. So what follows is a sort of review/toplist hybrid that covers my feelings on The Avengers. While I’m going to do my best to keep it spoiler free, some things may still slip out.

Let’s get this out of the way right now: Avengers was amazing. Marvel pulled it off, and, for me, it easily tops all of the other Marvel produced films so far (all the Avengers lead-up movies). All of the previous films have been up and down for me. Hell I even wrote about the ways Marvel needed to “fix” their films, and I can say Avengers manages to solve just about every issue I had. Since I’m a positive thinking guy, I’ll go over the things I loved first:

The main reason I was so excited about Joss Whedon directing this film, was his ability to craft amazing relationships with a large cast of characters. Many films with a larger cast suffers from underdevelopment of characters and thus they feel hollow and unrelatable. Whedon has a knack for avoiding this problem and creates lovable and believable characters you love to watch.

This is the case with Avengers, and each of them are handled wonderfully. Despite the large cast of ‘leading’ heroes the film does an excellent job of balancing out the screen time between them. No one feels overdone, nor under used, and their interactions with one another feel realistic. Nothing felt forced when they talked with one another, instead it seemed like the logical thing those characters would say to each other in the given situation.

The Avengers felt like a dynamic group instead of a mix-mash of action heroes. Even though Robert Downey Jr. stole some scenes in the film, it felt very much in character and wasn’t distracting from anyone else. Even Thor (who I thought was a weak character in his own film) felt more fleshed out and interesting when thrust into the group dynamic. All in all you felt something for each character and even saw them grow, an impressive feat considering all they had to work with.

So far in the Marvel films, Agent Coulson and Nick Fury have been the thread ties them all together via SHIELD. In Avengers we get to see their roles expanded from the background and far more into the forefront. With the focus of the film supposedly being on the four main heroes, I wondered how much time Fury and Coulson would get, and how effective they’d be. While they didn’t get a huge amount of screen time, they got their fair share and absolutely dominated every time they were in a scene.

Sam Jackson’s Fury is cool, collected and feels every bit the leader he’s supposed to be. Even with the world crumbling around him, it seems like he knows exactly what he’s doing. Considering he’s the man who has to keep a bunch of superheroes in line, he has a very commanding presence without overshadowing or demeaning anyone else.

Agent Coulson is once again himself and downright hilarious at points. Clark Gregg’s deadpan delivery of lines is perfect for this by-the-book government agent, and every scene with him in it, just felt enhanced. He wasn’t a background character, it was like seeing an old friend again on screen. 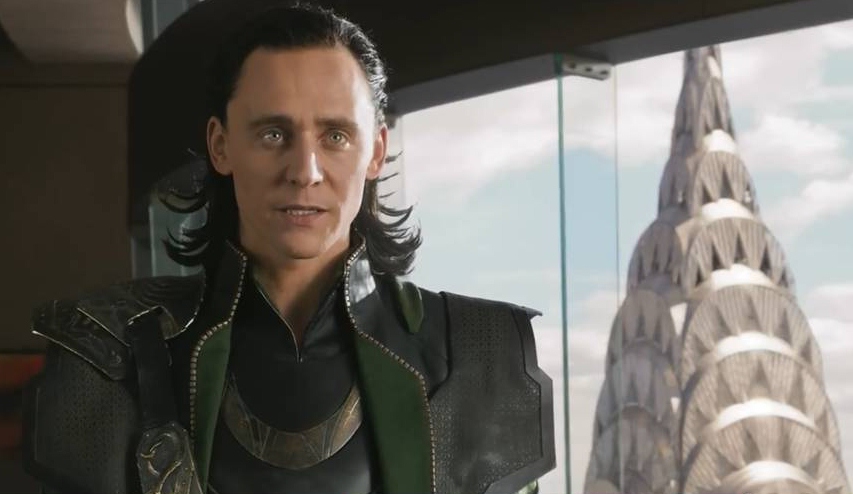 When I did a similar love/didn’t love article for Thor, one of the things I mentioned that I loved most about Thor was Tom Hiddleston’s portrayal of Loki. He’s cold, calculating, cunning, and menacing. There’s no doubt about his intentions and he’s bad to the core. Hiddleston’s portrayal of the god of mischief strikes a good balance between palpable evil and Saturday morning cartoon villains.

Despite all of the Avengers rallying against him, Loki provides a very viable threat to them. You get the feeling from Loki’s actions that he truly could win against the assembled heroes. This creates some wonderful tension, unlike some other Marvel films (namely Captain America) where you never feel like the outcome is in doubt. Loki is fast becoming one of my favorite characters in Marvel, simply because of Hiddleston’s amazing portrayal of the character.

The biggest gripe I’ve had with Marvel movies so far (with the exception of the first Iron Man), is the shear amount of characters the studios felt the need to throw in the movies. Many of the peripheral characters did little to add to the story and sometimes it was obvious that a character was in there simply for the ‘oh cool’ factor for fanboys. While the characters were neat, they served little purpose.

For example, Kat Dennings’ character in Thor. Was her character funny and memorable? To an extent yes, but if you were to remove her entirely from the film, would that have changed anything? No. The same can really be said of the Warrior’s Three, and several others in the various movies.

That’s fortunately not the case with Avengers. While there are an absurd amount of people in this film, nobody feels thrown in there. Every character serves a purpose to the overall story, and are not thrown into a scene just to be there. Thus it never feels like any screen time is wasted or that the story is suffering from the unnecessary loss of movie run time.

I was surprised at how genuinely hilarious Avengers was. There were several moments where the entire theater erupted in laughter, and I can’t think of any moment, where a joke just fell flat. The beauty is that all of the humor flowed naturally as a result of the characters or even the story. Nothing was forced, or thrown in there just to lighten the mood. Instead, every moment of comedy seemed fluid and the logical response from these characters.

Even during some of the more action-intensive or dramatic moments, where humor would seem out of place and distracting, they managed to make it work. It’s a credit to the superb writing and the way these characters were brought to life on the screen.

If you’ve paid attention to the trailers, then you’ve really only gotten a taste of the action in this film. It’s packed with it, from beginning to end. Yet, like everything else in the film, it seems to stem naturally from the story, rather than just being thrown in there. The action is epic on a scale that would make even Michael Bay impressed, but it lacks the chaos of the Bay films, so you’re actually able to follow all of the action taking place on screen.

The last twenty minutes alone will have you on the edge of your seat and struggling for a breather, much like the heroes on screen. (Minor Spoiler) and the flying leviathan thing…that’s just one of many. That’s right, several of those things show up and it’s incredible to watch how the Avengers deal with them.