Director (Mark Webb): C+
I know there are many with high hopes for Webb at the helm, based largely on whether you liked his film 500 Days of Summer. My problem with Sony’s choice is rooted mainly in the fact that he is largely unproven. Besides Summer, Webb has directed episodes of Lone Star (we saw how that worked) and The Office for television. He also directed videos for Green Day and Hilary Duff, but that’s not exactly a deep well of experience for Webb to tap into.

I would have picked a director who has proven he can balance action with character development. Too many young directors fall into the same problems that bring down other big budget films, like using too much CGI or filming incoherent action scenes. Philip Noyce (Clear and Present Danger, Rabbit-Proof Fence, Salt) would have been a nice choice, although I’m probably the only one who thinks that.

Maybe Webb will surprise us. I hope so, but it is easy to make the same mistakes Sam Raimi did. Raimi had a good start, but he lost grip of the story’s tone and veered off into weird directions (see Spider-Man 3). Let’s see if Webb learned from that. 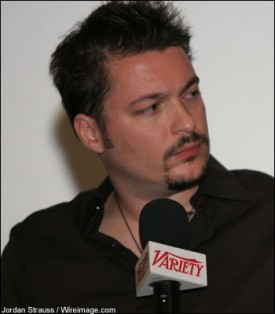 Screenwriter (James Vanderbilt): C
Again, I don’t see enough in Vanderbilt’s past that gives me anything to be excited about. His writing credits include Basic, The Rundown, and The Losers. That tells me he’s capable, but not exactly an inspired choice for this job. Since it appears this will again be an origin story (with Gwen Stacy and Uncle Ben in the mix), I’m really doubting Vanderbilt can mine movie gold in this well-trodden area. The fact that he’s Anderson Cooper’s distant cousin actually lowered his overall grade in my book.

Spider-Man/Peter Parker (Andrew Garfield): A
Let me first say that I liked Tobey Maguire’s Peter Parker. I know a lot of fanboys soured on him, but he really sold me on the character, even when the Raimi movies turned silly and over-dramatic. That said, I like the choice of Garfield. He is a very good actor, and I think he can pull off the duality of the character with a good screenplay. He’s an accomplished stage actor, which scores points in my book, and he won’t bring much personality baggage to the role, as he is largely unknown to most American audiences.

Garfield certainly has the right look for Peter Parker, but pulling off the costume is a different story. Thankfully, they have time to work on that. How he looks is less of an issue for me, because if we don’t care for Peter Parker, nothing else matters.

Gwen Stacy (Emma Stone): B
I’ll probably take heat over this, but I’m not crazy about casting Emma as Gwen. Sure, she’s a great actress and has a lot of personality, and she certainly fits the part of Gwen Stacy. However, she is the hot “It” girl right now, and that bugs me. Will we watch the new film and just see Emma Stone, the movie star we liked in Superbad and Zombieland, or will we see Gwen Stacy? Her chemistry with Andrew Garfield will be a big factor in whether she works in the role. I should probably be more grateful. At least she isn’t Kirsten Dunst. Thank you, Lord, for delivering us from her.

The Lizard (Rhys Ifans): B
Let me say, I’m a Rhys Ifans fan. I think he’s great in everything he does, from Notting Hill (which made it watchable), to The Replacements, to Vanity Fair, and everything else. The Lizard is the obvious choice for the film’s villain, as he has yet to make a film appearance. Dr. Curt Connors (who becomes the Lizard) is a key character in the Spider-Man mythos, going back to the early comics in the 1960s.

There’s a real opportunity to explore the relationship between Peter Parker and Connors, and the betrayal that is sure to follow. If Vanderbilt takes this route, it could give the inevitable Spider-Man/Lizard confrontation much more meaning. Ifans has already proven he can handle dramatic roles, and hopefully his performance won’t descend into something too goofy.

How the Lizard is portrayed will be important. Recent comic book villains tend to be scenery-chewing buffoons without a real sense of danger or menace. Playing it too dark, on the other hand, will alienate young viewers and weigh down the film. Spider-Man should be lighter than The Dark Knight, but it shouldn’t be Fantastic Four either.

Uncle Ben (Martin Sheen): A+
I’ll forgive Martin Sheen for his role in Spawn. I think he’ll be better in this comic book movie, for which he was just announced. He should be able to bring the gravitas that the role and the story really needs. Let’s hope his role is written well enough and given the significance it deserves. I’m looking forward to seeing Sheen and Garfield together, where Uncle Ben is really given that moment to show how much he means to Peter. It will give Peter Parker’s transition to Spider-Man the emotional impact it needs.

On a side note, actors like Sally Field and Sam Elliott are rumored to be up for the roles of Aunt May and J. Jonah Jameson. Until we know for sure, however, I’ll reserve judgment.

Overall grade: B
I was less than enthusiastic when I heard about the Spider-Man reboot initially. It sounded like Sony was looking to make another billion dollars quick. While I’m not impressed with their choices behind the camera, who they have cast gives me some hope. I would really like to see a Spider-Man film that manages to stand apart from the other superhero flicks hitting theaters every other month. Marvel Studios has yet to convince me they have their films moving in the right direction.

So much of this hinges on how Webb shapes this film. While I hope he has the right vision, keep in mind how everyone loved the idea of Sam Raimi taking the helm of the original Spider-Man a decade ago. I also remember how fans demanded Venom make a film appearance, and look how that turned out. Trying to win over fanboys never turns out well. One can only hope Webb and Sony understand the difference between having a big opening weekend, and making an enduring film that pays off for years to come.

Victor Medina - 10/19/2020
0
Dark Horse has announced a brand new Avatar comic mini-series that will partially fill the gap between the James Cameron's first movie and the...