THE DELIVERY
One of many anti-war films of the 1960’s, I was interested in seeing how the film holds up in a post 9/11 world. The answer? Not well. Rather than a reasoned attack on how war can be absurd and leave no winners, How I Won the War is a jumbled mess that runs its mouth for nearly two hours yet says nothing.

This film has two big problems: it’s way too 60’s and too British for its own good. Director Lester tries so hard to appeal to the era’s hippie counterculture that it forgets its purpose. Instead, we get a lot of the characters complaining and acting silly, and some attempts at surreal imagery, but there’s no logic or reason to it. It does manage to make clear that war is chaotic, but that’s it; it doesn’t get any deeper. Just because war is chaotic doesn’t mean it isn’t necessary or without purpose.

The British humor doesn’t hold up well. It’s talky, but it is more concerned about being outrageous than being ironic. It also isn’t very clever, which is a bad thing for a message film. Instead of making war an unstoppable force that an individual cannot affect, the film chose to make the soldiers absurd. If the filmmakers thought making the soldiers spineless and stupid would get the point across, they were wrong. In fact, it’s insulting to think that the problem with war lies with the soldiers on the front lines, especially when it comes to World War II. There’s also a short visual joke about the Holocaust: while some Nazis speak beside a train, you can see a hand waving out of a railcar behind them. As a joke, it’s utterly tasteless.

Michael Crawford doesn’t do much to make the film any better. The film relies on his charisma to carry it, but he has nothing to work with. John Lennon is sadly underused here, and the novelty of seeing his minor role is really the only reason to see this film. The film tries way too hard to make a point, and at the end even hits you over the head with a Vietnam joke, in case you didn’t get the whole point to begin with.

As a fan of both Crawford and Lennon, I was very interested to see their performances here. Now, I almost wish I hadn’t.

VIDEO AND AUDIO
The video presentation on the standard DVD was suitable. The film print was in very good condition despite the age, and the image was clear. There are some scratches, dirt, and other visible debris on the print. A disclaimer at the beginning noted that the video was reproduced using the best elements available. However, the image could have still used some simple clean-up. There’s not a lot of detail, but colors do pop against and otherwise bland palette (much of the fim takes place in the desert and rocky terrain).

The audio is Dolby Digital 2.0, and while basically clear, sounds flat and without much depth.

SPECIAL FEATURES
An original theatrical trailer is included on the disc. This particular DVD version also includes a book with behind-the-scenes photos from the set, but one was not included with the review copy I received.

I wish I could suggest this film, but it failed to impress me. For curiosity’s sake, you could place it in your Netflix queue and watch it at some point. Beatles fans will probably want the film, especially with the photo book, which includes rarely-seen pictures on Lennon on the set. While the film has its moments, overall it isn’t consistent enough or entertaining enough for a “buy” recommendation. 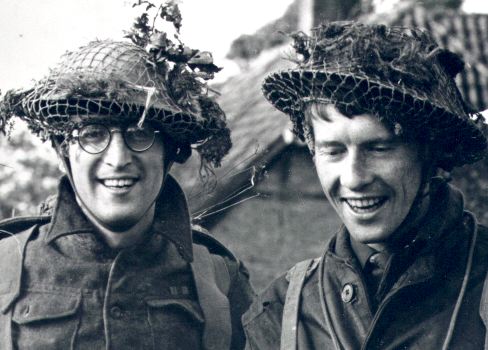 How I Won the War is now available on DVD MOD (Manufacture On Demand) from online retailers through Fox Home Video.