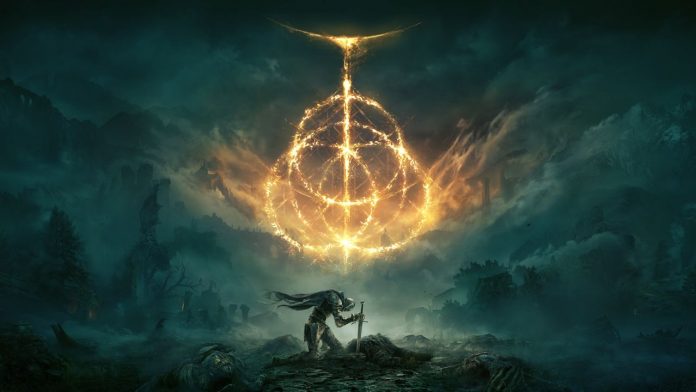 Since its release, Elden Ring has taken the world by storm. The FromSoftware expansive world has delighted and frustrated players new and old to the point where there aren’t many other games taking the spotlight from it. After a couple of weeks living within the Lands Between, we’re finally ready to share our official review of Elden Ring. As a reminder, this review is from a player who has never been invested in FromSoftware games…a FromSoftware newb, if you will.

The Lands Between is Bigger Than You Think

When I wrote my Elden Ring Review in Progress, I had only beaten Margit and was on my way to face the first true boss of Elden Ring, Godrick the Grafted. After being absolutely annihilated by him a few times (more on that later), rather than beat my head against the wall and fight Godrick again, I decided to explore and grow my character in the Lands Between.

What I found was a secret pathway behind Godrick’s castle, leading to an even bigger world than I initially thought. Grand castles, ruins, caverns, temples, forts; all manner of locations are at your disposal whenever you want to explore. The game doesn’t gatekeep the exploration in the Lands Between. Sure, you aren’t ready to fight all of the enemies who reside in these locations, but the game doesn’t stop you from exploring, nonetheless. It makes for a thrilling adventure, because you really never know what you’re going to find.

Throughout my journey, I found an underground volcano temple, mines guarded by crustacean-type enemies, the plagued lands of Caelid, ornate castles, a turtle with a pope hat, a well-learned blacksmith, a star-lit cavern, academies, the gorgeous Capital, loads of unique weapons, and portals that led me to loads of other fascinating and terrifying places.

The scope of this game is beyond what anyone could have possibly imagined and it’s incredible. I honestly don’t think we’ll ever know all of the secrets of this game.

I don’t think I’ve ever experienced a game with a more eclectic catalog of enemies than Elden Ring does. Previously, I mentioned a fair amount of enemies you’ll find in the Lands Between, but it’s the bosses who have made my experience in Elden Ring so thrilling.

From time to time, you may find the same boss models with a unique twist to them (could be an elemental twist or an environmental twist), but for the most part every boss you find is very much their own character. Not just a different name and color slapped on a model.

It’s hard to accurately count how many bosses I’ve taken on and defeated throughout my time. I think it has to be more than 50. Whether it was a humanoid boss, tree spirit, giant, Godrick, Rennala, dragon, the undead, or something else entirely, every boss had their own way of fighting. They each have their own movesets, movements, and insane second phases that make the whole fight much more challenging.

Without a doubt, though, Elden Ring has one of my favorite boss fights I’ve ever experienced in the fight against Starscourge Radahn. There are many reasons this fight is so special, but chief among them is the character’s overall story. He was such a fearsome general, that he once took on the stars and froze them in place. He also mastered gravity magic so he could continue to ride his trusty skin-and-bones steed, Leonard. In his hey-day, Radahn was an absolute force. However, after a fight with his half-sister Malenia, he was infected with Scarlet Rot, which has caused him to basically become a mindless killing machine.

The boss fight itself is called a festival, because all of the warriors from the Lands Between attend this event in order to kill Radahn. Therefore, you’re able to summon an army of warriors to take on Radahn while you ride around inflicting damage. At the half-way point, Radahn will rise up into space and fly down like a meteor, which can cause instant death.

After you defeat him, the Lands Between become altered, creating lasting consequences for ending the life of the former general. I love when games do that. It rewards players with change. Too many games just maintain the status quo after an all-powerful boss fight. That’s not how Elden Ring rolls, though. It’s even more of a reason why Elden Ring is just special.

No One Way to Play

As a FromSoftware newbie, I made a mistake when I first started playing Elden Ring. I wanted my character to be balanced. So I focused on making sure every stat was the same, instead of just focusing on actually having a particular character build in mind. If you’re new to FromSoftware games, I’ve learned that can be a big no-no, because it takes so long to progress and defeat enemies.

Once I figured that out, I started focusing on a build that would allow me to use the weapon I wanted to use. The weapon in mind was The Sword of Night and Flame, a legendary sword that allows you to use both fire and celestial magic as a special ability. It required me to create an Intelligence-Faith build. Once I did that, the whole game became so much easier.

Later, when I decided to try out a different build, I focused more on Strength-Dexterity and once again the game was much less frustrating.

When you first begin playing Elden Ring, focus on a build in mind. It doesn’t matter how you want to play, the game will support you. Just do some research, look things up, and don’t get bogged down by people saying you’re cheating by using a certain build. The more focused and researched you are, the easier this game becomes and the more OP you’ll feel.

Another way in which Elden Ring is so accessible is how the game is able to be beaten within an hour, if you so choose. I’ve watched some speed runs and seen how masterful speed runners have mapped out the best ways to beat the game quickly. The more I watch, the more I think that FromSoftware must’ve foreseen this and created ways to make achievements like this possible. It’s a credit to the speed runners and the developers for making Elden Ring so accessible to players of all genres.

Understanding the Story More the Longer You Play

The story of Elden Ring is not direct. That’s pretty much FromSoftware’s MO. They love the subtleties and having players seek out answers through lore. It’s similar to that of human history. There isn’t a narrator in the real world to explain what’s going on, or a certain quest you’re on. Rather, you have to seek out answers and that’s the exact same way Elden Ring is.

It’s a refreshing take on story-telling and if you’re paying attention, you learn a lot about everything that’s going on in this world. For instance, how the shattering of the Elden Ring essentially made it to where no one could die. This caused the residents of the Lands Between to go mad and it’s the job of the Tarnished to restore the power of the Elden Ring, become the Elden Lord, and reinstate the rune of death. You know, nothing too heavy.

That’s just the overall story, though. As you can see from my Radahn overview, the more interesting story elements of Elden Ring stem from the NPCs and the named characters you take on. Learning the stories of Blaidd the Half-Wolf, Iron Fist Alexander, Patches, all of the Tarnished you meet, all of Marika’s descendents, and so on are so fascinating. Becoming Elden Lord is the main objective, but the story I paid more attention to were about the people and who they were before and after the shattering of the Elden Ring.

As someone who never really got into FromSoftware games, I didn’t think I’d love Elden Ring as much as I do. Playing through this open-world and experiencing all of the characters, bosses, and the lore is a one-of-a-kind experience. I’ve found that I’m no longer afraid of taking on powerful enemies. I’m learning and growing with each experience and that bravery is transferring to other games. Eventually, this feeling will take me to other FromSoftware games, which I now feel like I’ve sorely missed out on.

If you’re new to FromSoftware games and this game intrigues you, you can enjoy it if you’re focused and patient. You’ll get bogged down really quick if you try to Leroy Jenkins your way to the end of the game. Margit alone will annihilate you, which seems to be the case with a lot of new players.

There are games with better stories than Elden Ring, but there are few games with a better gameplay experience and open-world approach than the FromSoftware game. This game is an absolute masterpiece in gameplay and exploration. 2022 has a lot of excellent games coming out, but I don’t know how any that are trying to tackle this genre will be able to compare to the scope of Elden Ring. Elden Ring seems to be the game that FromSoftware has always wanted to make. I’m so thankful that Hidetaka Miyazaki was given the keys to make this game, because Elden Ring is one of the best experiences I’ve ever had in an open-world game.