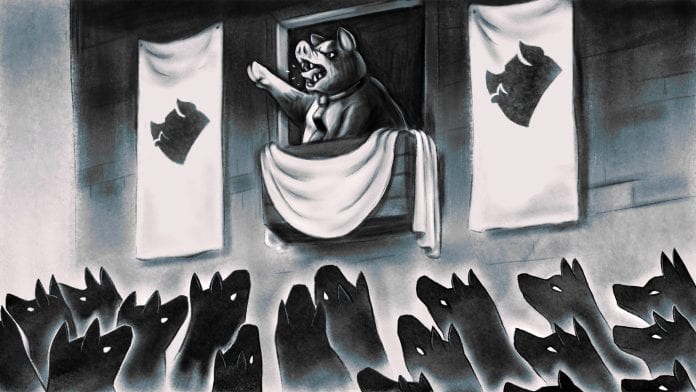 George Orwell’s iconic novel, Animal Farm, is getting a video game adaptation allowing players to plot their own way through the story…

If you don’t have enough dystopic Orwellian action going on in your every day life right now, then perhaps you’ll want to take a stroll through Animal Farm later this year.

Animal Farm will be an adventure game that immerses players in Orwell’s story. By choosing which of the animals’ wishes they follow – and who is ignored or sidelined – gamers will influence the critical events that define the fate of the farm. Players must devise strategies to balance resources, defend the farm, and keep the animal population happy. With its evocative 1930s painterly graphics, Animal Farm puts the player at the centre of an allegorical revolution and enables them to experience firsthand the corrupting nature of power.

The indie developer collective consists of The Dairymen (Andy Payne founder of Just Flight, AppyNation and Imre Jele founder of Bossa Studios), and Nerial, the creators of the BAFTA-nominated Reigns series, who bring their unrivalled skills in streamlined and powerful storytelling to Animal Farm.

Animal Farm comes to PCs and Mobile this Fall, but you can get it wishlisted on STEAM right now for updates on when it goes live.