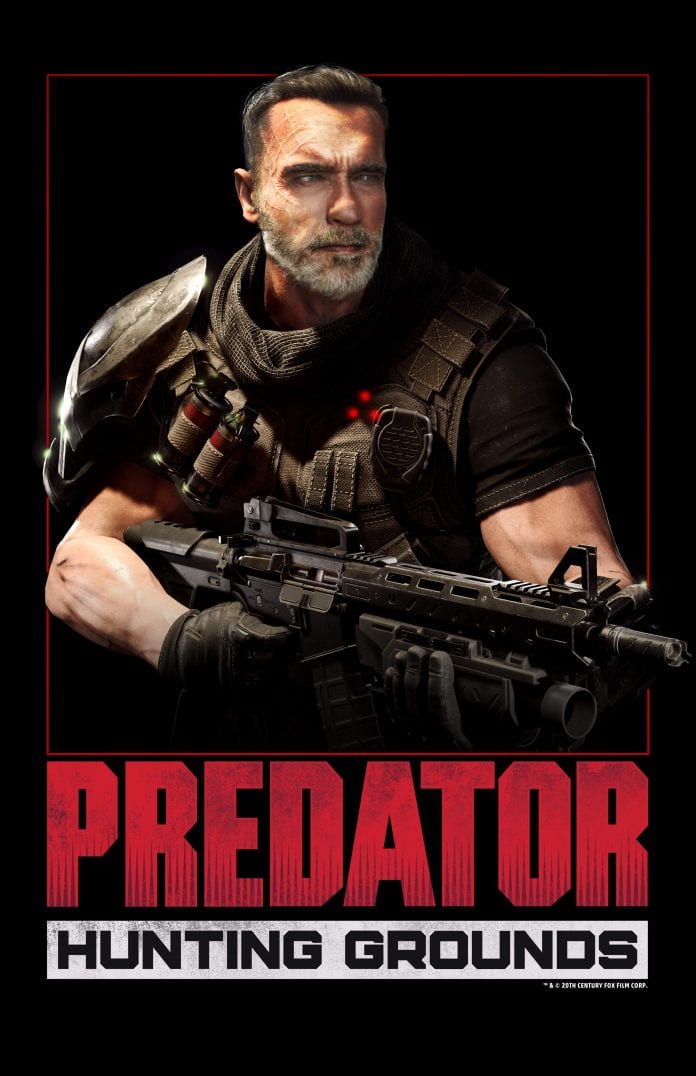 We’re just a few short weeks removed from the launch of Predator: Hunting Grounds. Yet, Developer IllFonic isn’t resting on their laurels. Today, they’ve announced that THE most iconic character in the 1987 Predator film will be joining the game, Arnold Shwarzenegger‘s Dutch! (pictured) On May 26, 2020, Predator: Hunting Grounds will release a paid DLC that will allow players to play as Dutch and gain early access to the QR5 “Hammerhead” Rifle and Dutch’s Knife! Both will be available free for all players later in June.

Speaking of free, a Free Update will release on the same day as the paid DLC. The Free Update will let players learn where Dutch has been all these years and hear his story in his own words through a series of voice tapes that you earn as you level up. Even more exciting is the man himself, Arnold Schwarzenegger did record all of these tapes and his own character! Arnold Schwarzenegger as Dutch is just one of the several DLC surprises coming to Predator: Hunting Grounds in the coming months. As more DLC characters and content are revealed, we’ll have them here on Cinelinx.