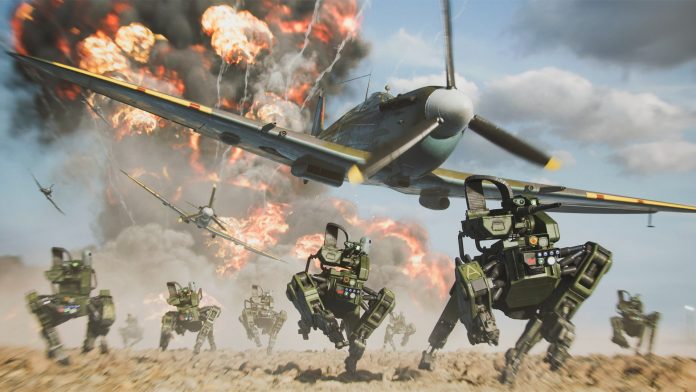 Though Battlefield 2042 has had a bit of a rough launch, as time goes on DICE and EA are working to make the quality of life in this game better with each update. Recently, EA and Dice released update #1.1.0 that added things like vehicle balance changes, new XP events, as well as Battlefield Portal finally getting new playspaces, vehicles, and Modifiers.

Battlefield 2042 also recently received its first Season of content with a new Operator, New Map, and new weapons. Though I have to say I was a bit disappointed we were only getting one map added after waiting some time for the game’s DLC to release, I can say that now is the best time to play Battlefield 2042.

Recently the game went on sale to celebrate Prime Day, but as of now, the game is still only listed at $19.99 for PS5 and Xbox Series X! That is one hell of a deal, especially because of Battlefield 2042’s Portal mode. As I said in my original review;

Battlefield Portal is looking to be one of this game’s most exciting addition to BF 2042 and pretty much stole the show for me. With this mode, the future is very bright for 2042 and I can only hope it will overshadow the miss launch that happened on the release date.

I still stand by this statement, Battlefield Portal could honestly have been launched as its own version of the game and would have been a massive success! The fact that you can jump into different versions iterations of Battlefield or even have Past Vs. Present-style games modes was a huge W for me!

Some gamers are very stuck in their ways though, I know its going to take a lot for a seasoned Call of Duty player to dive into Battlefield, but at that price-point…the least you could do is give it a shot!