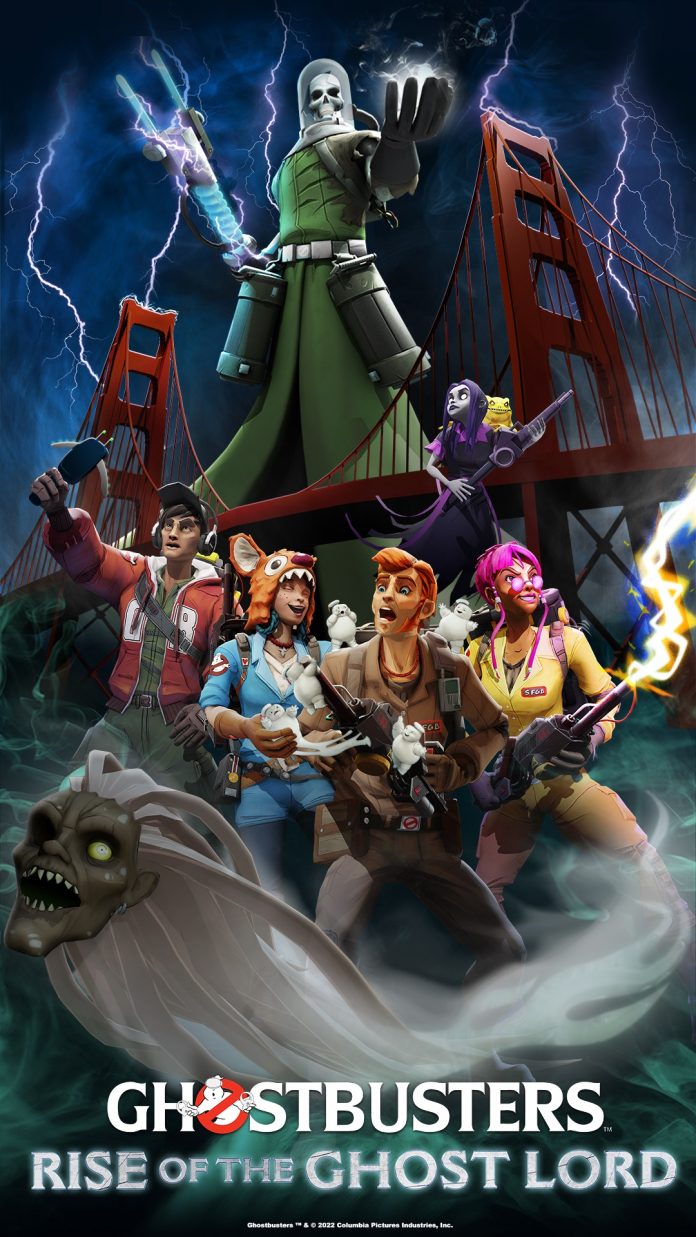 The Game Awards brought fans the first look at the upcoming Ghostbusters VR game, Rise of the Ghost Lord!

While we’ve heard about this new Ghostbusters VR game (which only got a title back in October), The Game Awards offered gamers their first actual look at Rise of the Ghost Lord.

“With today’s trailer, we’re giving the very first look at what awaits our future Ghostbuster recruits before they step into the boilersuit and take part in the most immersive Ghostbusting game to date,” says Jake Zim, Senior Vice President, Virtual Reality, Sony Pictures Entertainment. “Only in VR can players truly feel what it’s like to cause chaos with the proton wand while working together with teammates to avoid pesky Mini-Pufts, blast frightful ghosts, and save the city.”

During The Game Awards 2022, Sony Pictures Virtual Reality (SPVR) and award-winning VR developer, nDreams, debuted the new world premiere trailer for Ghostbusters: Rise of the Ghost Lord. In the trailer, catch a glimpse of what it’s like to track with the trusty PKE meter, blast ghosts with the proton wand, and use traps against an all new cast of malevolent ghosts led by the larger-than-life Ghost Lord – all within immersive virtual reality. Start the next Ghostbusters HQ in San Francisco and gear up, solo or team with up to three friends in the hotly anticipated cooperative VR game coming to Meta Quest 2 and PlayStation VR2 in 2023.