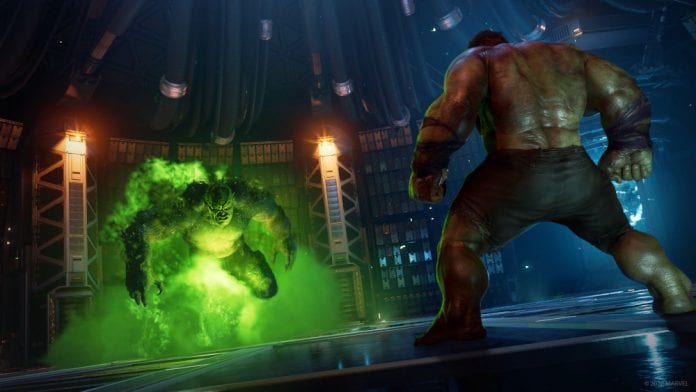 You can view the full War Table Live stream at the end of this article.

A Square Enix Members account will be required to play the beta and players can sign up for the account for free at https://membership.square-enix.com/register. Players that sign up for an account will receive a Thor in-game nameplate when Marvel’s Avengers launches on September 4.

“Viewers who watched the Marvel’s Avengers WAR TABLE live via the PlayAvengers.com channel were the first to get all the amazing details about the wide array of content that will be available in the beta, including several single-player missions, as well as a large selection of additional missions that can be played solo with your AI Avengers team or co-op with up to four players,” developers said in a press release. “In one mission, players take on the role of young Super Hero Kamala Khan and team up with Hulk as they infiltrate an AIM base in the forests of the American Pacific Northwest, hot on the trail of the last known location of JARVIS. Later they take the Quinjet to a remote War Zone in the frozen Russian tundra to uncover SHIELD secrets hidden in a deep underground bunker.”

Players also got word about the first hero that will be added to the game for free post launch: Hawkeye.

“In an original story-arc inspired by some of the best-known Hawkeye moments in the comics, players wield Clint’s iconic high-tech bow and trick arrows in missions either solo or co-op online with friends,” developers said. “Hawkeye’s story will continue to move the entire Marvel’s Avengers narrative world forward, and all new missions are accessible with the entire roster of playable heroes. More information about this and additional post-launch content, including the new villain and other content debuting with Hawkeye’s story, will be available soon.”

PlayStation 4 and Xbox One Players who link their Square Enix Members and Epic Games account and complete the beta’s three HARM-room challenges will earn the Hulk Smashers Pickaxe for Fortnite.

“Marvel’s Avengers offers players a truly rich experience, with a combination of Hero Missions and War Zones. Hero Missions are single-player only and are part of the initial Campaign. They are designed to showcase each hero’s unique abilities as you reassemble your growing roster. War Zones can be played solo or with a group of up to four players** as any Hero in your roster. Each mission dynamically scales based on the team size and player level.

Players in Marvel’s Avengers are also able to customize Earth’s Mightiest Heroes in a number of ways. While each Super Hero plays true to their unique power sets, each has the flexibility to play differently based on the gear you equip them with and the skills you enable, so no two player’s heroes plays in exactly the same way. Each hero has dynamic combo systems, Heroic moves, an intrinsic ability, and signature move sets to unlock and customize – many inspired by classic moves from the 80 years of Marvel history in all media, others crafted as originals just for this game.

Players also customize these iconic Super Heroes with classic, fan-favorite, and all-new original outfits inspired by over 80-years of Marvel history, including Iron Man’s suit from the 2014 Original Sin storyline, or Thor’s Donald Blake identity, which is a nod to an alias of Thor’s who first appeared in 1962’s Journey into Mystery issue 83.

Marvel’s Avengers is an ambitious game, starting with a global high-stakes race to reassemble and rebuild the Avengers. But that’s just the beginning. To ensure a continuing heroic experience for all players, the narrative of Marvel’s Avengers expands, and threats escalate with each new post-release Super Hero, region and story arc delivered to players at no additional cost once they own the core game.”

Marvel’s Avengers is set to launch on PlayStation 4, Xbox One, PC and Google Stadia on September 4 in addition to next generation consoles during the holiday season.

“Players who own the current-gen version of the game will be able to upgrade to the next-gen version at no additional cost, regardless if players are moving from PlayStation 4 to PlayStation 5 or Xbox One to Xbox Series X,” developers said. “Those moving their saves to next-gen will transfer their player profiles and progression so they can pick up right where they left off. In addition, cross-gen play will be supported so PS5 players will be able to play with their friends on PS4 and Xbox Series X players will be connected with their friends on Xbox One.”