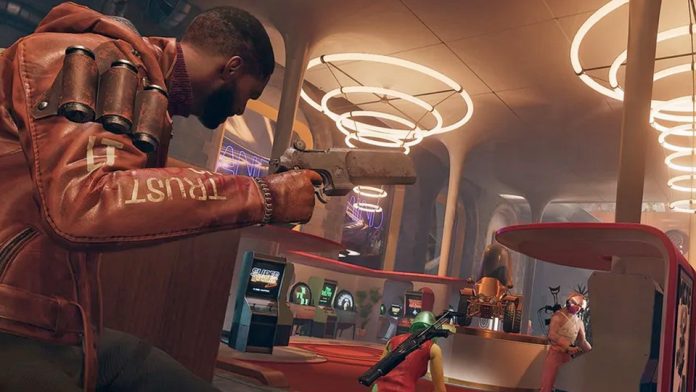 Today, Bethesda has reintroduced its smash hit Deathloop to the gaming world. As we said in our original review, Deathloop hit the nail on the head. This is a perfect game from start to finish, with Breathtaking graphics, amazing gameplay, and a mind bending story like none other. This is the best game Arkane Studios has made to date.

With Deathloop releasing on Xbox GamePass today, Bethesda wanted to give fans a refresher on what the game is all about! This is a must play, thrilling action title that will leave you wanting more from Arkane Studios! I can only hope that Arkanes upcoming Redfall will be as good, if not better than what Deathloop has to offer!

DEATHLOOP is a next-gen first person shooter from Arkane Lyon, the award-winning studio behind Dishonored. As Colt, you have 24 hours to eliminate 8 targets in order to break the timeloop, all while being hunted by rival assassin Julianna.

Every new loop is an opportunity to change things up. Use the knowledge you gain from each cycle and play your way— stealthy or guns blazing. In each cycle you’ll discover new secrets, gather intel on your targets as well as the island of Blackreef, and expand your arsenal.

Armed with otherworldly abilities and savage weaponry, you’ll utilize every tool at your command to execute takedowns that are as striking as they are devastating. Customize your loadout wisely to survive this deadly game of hunter vs hunted, and do whatever it takes to break the timeloop.