This is kind of a bummer.  Diablo fans, who were disgruntled with the post-game aspect of the game, were looking forward to the team deathmatch as something to add more longevity.  Sadly, it’s just not going to happen.  Jay Wilson posted a statement on Battle.net today explaining everything and how they still plan on bringing fresh content to the game: 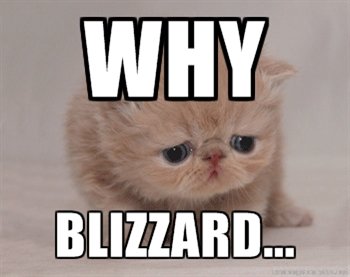 So, our core problem is that our Team Deathmatch mode doesn’t feel like a great addition to Diablo III. It’s not up to the quality that Blizzard gamers expect or that we feel you deserve, and it doesn’t really fit with our goals for the rest of the game. The question now is what are we going to do about it?

First and foremost, if our original goal was to support dueling, then we’re not achieving that goal very well if we don’t actually give players a way to duel in-game. You’ve been asking us for dueling for a while, so we’re going to add it to the game soon. Dueling is currently scheduled to release with patch 1.0.7, which is set to hit sometime after the new year. (We’ll be providing details about that feature very soon, so stay tuned.)

But as I mentioned before, we are going back to the drawing board on a new replacement for Team Deathmatch, something that feels more appropriate for Diablo III. And as we stated previously, regardless of when we release it, it’ll be a free addition to the game. Team Deathmatch provided us with the foundation that we needed and served us well. Hell, it may even still be added in some form in the future. For now, though, we’re going to first be looking at new modes that play up to the strengths of the character classes, focus on objectives beyond just defeating other players, and possibly even integrate PvE elements and rewards.