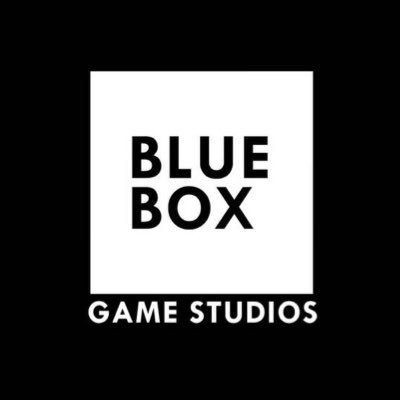 There were a lot of us really hyped that Bluebox might actually be something cool. Far reaching fans, like myself, were thinking maybe Kojima/Konami were behind their project to show off a Silent Hill title, but as things progressed everything got sloppy and that became extremely unlikely. Still there was hope for a rather cool indie game, turns out we might not even be getting that. Disappointing, but nothing is more disappointing than Sony’s complete silence all summer with almost no news on games at all beyond a few streams.

It’s pretty clear to the team here that I’m a big fan of PlayStation, and I’ll hype them up any day of the week. That being said it’s painful to say Xbox has been absolutely destroying them at their own game. All summer, Microsoft has been bringing the excitement to gaming and to be honest without them then this past summer would have been absolutely lame. All the excitement I have seems to be tied to them in some fashion. E3 was carried by them, hands down. Earlier this year the Bethesda announcement shook the industry, and their resilience to keep games updated and released on PlayStation platforms is actually pretty amazing. They also found a way to pump excitement into an otherwise uneventful Gamescom. Plus lets not forget GamePass is probably the best thing any gamer can get their hands on right now.

It’s a long list, but typically we are sitting here talking about PlayStation in these regards. PlayStation for the past generation was a “for the gamers” mentality. They were absolutely destroying Xbox in every way possible, and now they seem like a sleeping giant. It was just one generation ago where we were all teasing Microsoft for advertising media features for a gaming platform, and yet Sony’s biggest announcement all summer was a lame Apple TV partnership.

This is where the BlueBox debacle began. BlueBox, an unknown studio with developers that only have several failed projects behind them, somehow got a blog post highlight by PlayStation. An asset flipped teaser played, and then we heard nothing else for months. The silence by the studio and the silence by Sony, allowed fans to speculate almost anything that came to their minds. Then quickly BB played into all the rumors by leading fans on with Silent Hill nods, only to quickly say “sorry, we didn’t mean to….” Then the studio followed up their apology by immediately teasing fans yet again right after apologizing. Some of these clues include “The name starts with S and ends with L,” when asking fans what they think the real games title is. To this date we still don’t know. A more recent one is an image of a blurry man with an eye patch, which was released just as rumors started to lead people to a potential Metal Gear secret. Fans have also drawn connections to photos of hills on their social channels, naming connections, and who follows the studio on social networks. A ton of coincidences that absolutely have to be some type of viral marketing, or a very ignorant wannabe developer.

However some major flubs by the studio really led fans on to believe that it was all a cover up. Since a viral marketing campaign probably wouldn’t realize the lies they created. Some of these mistakes included saying the game was running in real time on Unreal Engine 5. Problem is the engine wasn’t fully available in April when the game was revealed, and the first titles are not expected to release until next year, so somehow this indie studio got their hands on a really early build. That quickly turned into “actually…..we are using Unreal Engine 4 now.” Other fans pointed out a fake ESRB rating by the developer, which was legit a copy paste and potentially against the rules. And finally all the trailers released for the game so far are utilizing asset flipping, aka buying pre made 3D elements from a 3rd party and slapping them together to make a game. The teaser trailer they finally released, twice, also included a royalty free track for music. So far their social channels beyond Twitter are not updated (the latest trailers not even on their YT), their company has no listed developers, and it has been near radio silence since the “teaser trailer” disappointed so many fans. They also seem to be struggling rather hard to do simple updates to their own website.

It’s gotten so far out of hand that industry insiders, also clueless to what is happening, such as Twisted Metal creator David Jaffe are questioning if Kojima maybe is indeed involved simply because these mistakes don’t make sense at all. At one point the studio even had Shuhei Yoshida, Sony executive in charge of indie development, scratching his head waiting for the game to update. That’s pretty bad news for anyone. Lastly several major industry insiders are starting to jump ship now because the awkward silence by the studio has now become full on ghosting.

Granted we could say BlueBox is maybe a small studio inspired by Kojima that is WAY over their heads, fine. However, their track record proves otherwise and chances are we won’t even see a final product at this point since all the previous “titles” by the studio were cancelled or simply not finished. Rumors suggest this is a cover for a potential tax break, which make sense. The only reason this blew up is because of Sony’s absolute silence on everything. Everything related to Sony is being blown out of proportion because we have had no “summer show” beyond a few streams showing off Horizon and Deathloop. There is something there, we just have no idea what. Sony has not talked much outside of random interviews here and there. No GamePass competition, no talk about acquiring Crunchyroll, no further game announcements, just silence. This hopefully all changes next Thursday when Sony finally (finally) has an event scheduled to talk about games.

If one thing proved true it’s the fact whatever sum of money Sony needs to lay down for Metal Gear or Silent Hill, it may be entirely worth it at this point. There is a slight rumor that Sony could revive Siren instead of Silent Hill, which isn’t a terrible idea, but these two franchises would more than likely make up for all the silence we have had over the past year. An indie studio that has absolutely no idea what they are doing got people more excited than Sony has since PS5 launched….. By accident.

Perhaps it is just the inner fan in me missing the great Shawn Layden, Jack Tretton, or even Ken Kutaragi. I’m not calling for anyone’s job, they know what they are doing, but it’s just boring being a PlayStation gamer right now. Yes we have games, but why not talk about them? Ratchet and Clank felt like it came and went with no big hype train following it. Where are the times of PSX or when Sony’s CEOs would take the stage and you would be excited about games, and the potential industry shaking announcements to come. It’s like we have nothing to look forward to so we look at a small indie studio and pray it’s something bigger.

Then there is Sony simply being out of touch. Horizon won’t include physical copies in special editions, nor will they let PS4 users upgrade to PS5 copies, at all. Kena, an upcoming indie game, has been slowly getting the gaming community very excited and Sony is not capitalizing on it at all. The game releases later this month, probably a shock to many people, and yet nothing to get us excited. The game would also probably do rather well with a physical release, but is constrained to only digital. A smaller game in Tormented Souls even got a physical release.

Sony could be releasing PS5 controller plates, new controller colors beyond Red and Black, or something exciting for Horizon. We got nothing. I know Sony is struggling to keep PS5 in stock, mostly thanks to online bots and retailers inability to provide consoles in stores instead, but come on where is the excitement? I really hope this event next Thursday wakes Sony up and we get the train rolling again.