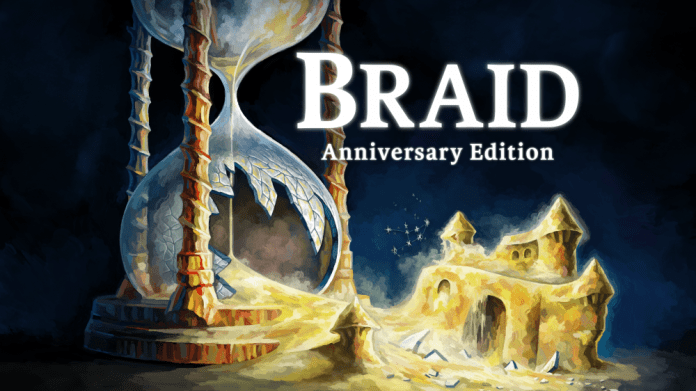 Indie classic puzzle-adventure Braid has been re-imagined and updated in an Anniversary Edition set to launch in early 2021.

Braid Anniversary Edition will include improved sound and new mixes and variants of the soundtrack by Martin Stig Andersen (Control, Inside) and Hans Christian Kock; Hand-repainted graphics by David Hellman; All-new animations for smoother in-game motion; Ability to switch back and forth between the old and new Braid on the fly; Extensive developer commentary.

“The indie classic, originally released to critical acclaim in 2008 by Jonathan Blow, has been reimagined and updated for modern, high-resolution gaming hardware. Hailed at the time by Eurogamer as ‘beautiful, entertaining and inspiring,’ Braid went on to garner multiple year-end awards and accolades and in a 2018 retrospective was called “the definitive indie game” by The A.V. Club,” developers said in a press release.

In a blog post on the official Braid website, game creator Jonathan Blow waxes nostalgic about Braid’s development and the decision making process.