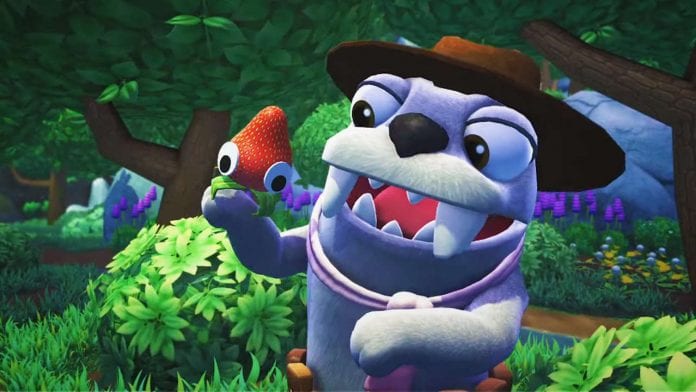 When the PlayStation 5 was revealed back in June, one of the fascinating titles announced at that time was Bugsnax. The wacky, yet mysterious new IP generated a lot of buzz for its catchy jingle, interesting premise, and freaky undertones. Suffice to say, it became most anticipated game immediately.

Thankfully, you won’t have to wait too much longer to play it. Young Horses Games has announced that Bugsnax will officially release on November 12, 2020 on PlayStation 5, PlayStation 4, and the Epic Games Store.

🥇The snax are out of the bag.🥇

Additionally, Young Horses also revealed the who’s-who cast of actors lending their voice to the game. Hear them in action below and read more about about them in the official PlayStation Blog entry.

The full Bugsnax Cast is as follows:

Bugsnax releases on PlayStation 5, PlayStation 4, and the Epic Games Store on November 12, 2020.