If you are excited to play the latest Call of Duty then you won’t have to wait too long if you are on PlayStation. During the latest Sony showcase for the upcoming PS5, Raven Software took the stage to show off the new game.

The gameplay shows off some new mechanics with melee combat, along with guns we will be using in the campaign. Obviously hints of where the story is going as it is within the first chapter of the game. A new return of the RC also tops off the end of the trailer. You can learn more about the campaign on the PlayStation Blog.

The coolest part of the announcement was a follow up that the Alpha for the game will be releasing this Friday for PS4 users. You can begin pre loading the Alpha tomorrow night, then play through Sunday. Typically these weekends are extended by at least a day, but there is no promises on that. The Alpha will include several multiplayer maps, several game modes, along with extensive coverage on the new create-a-class and skill streaks mechanics.

Call of Duty Black Ops : Cold War will be releasing this November for both current and next generation consoles. 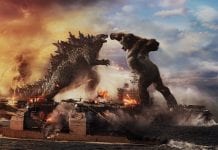