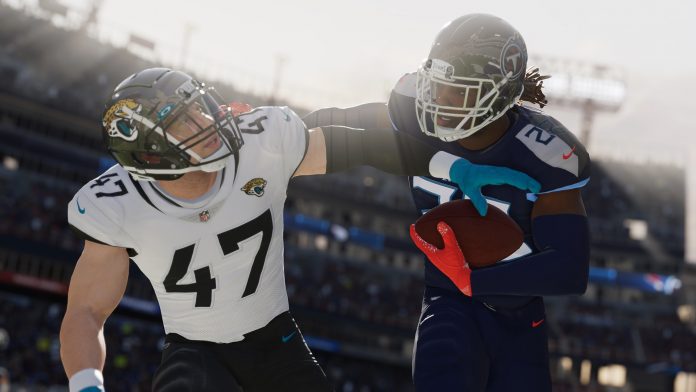 It’s August, so it’s officially Madden season for players of the annual football game! With Madden NFL 22 just a few short weeks away, EA Sports has been putting in the effort to make sure the game lives up to expectations before it releases. As such, they held a Community Play Test not too long ago to allow the community to find any bugs and deliver any feedback for the game.

In an effort to be up front with the players, EA Sports has been announcing changes being made to the game through their “Gridiron Notes” series. This week’s edition of Gridiron Notes highlights all of the feedback EA Sports received after the Community Play Test and what steps they’ve taken to address them.

The majority of the feedback received had to do with Catching, Player Movement, and Game Stability. When it came to catching, players of the Community Play Test weren’t thrilled with the lack of aggressiveness receivers and defenders had when attacking ball. Along those lines, they also took issue with how defenders wouldn’t always go for the interception when in position. Finally, there also seemed to a problem with consistency with the catching mechanics, a problem that actually was also addressed in correcting some bugs.

Dev Note: There was a lot of work done on catching that did not make either of the Playtest builds, so we were anticipating some issues with catching, and players definitely noticed them. There may not be a more important system in Gameplay than catching, and in that vein, players will experience a lot of improvements to jump height logic that gives players more appropriate catch radiuses, and there’s also more logic that increases catch aggressiveness for both offense and defense at the catch point.
One really important additional change we want players to be aware of is that holding Y/Triangle to play-ball on defense in Madden NFL 22 will carry more risk. Because there are less multi-player catches being used, defenders playing the ball have more chances to miss the ball, whereas the range for swats has been increased, making the swat mechanic the more conservative, but safer play on defense compared to always going for the pick

My take: It sounds as if the developers have already fixed catching mechanics in the launch version of the game, or at least they have some plans to do so. Either that, or they are hoping players just get accustomed to the changes based on height, skill, and logic. As for defense, it appears that they way to defend the ball will be with swats over going for broke with interceptions. That’s something that I’ll also need to change my play style to attribute for, but it sounds like EA Sports will have issues down the road with lack of interceptions. The player movement feedback was an interesting one, because some thought that overall that players were too slow, while others thought it was authentic and shouldn’t be changed. Furthermore, players believed that there needed to be more of a discrepancy between big and small player movements when it came to speed.

Dev Note: With a lot of players experiencing the current console generation for the first time (Xbox Series X|S, PlayStation 5), the feedback towards Next Gen Player Movement was very polarizing for the second year in a row. After many years on Xbox One and PlayStation 4, we know how big that adjustment is for players, but we are confident that a more realistic movement system that is using data straight from the NFL is what’s best for our players and for the future of Madden NFL. We will continue the quest to make the game as real as being on the field. The feedback on this topic was almost evenly split between like and dislike. That being said, we will continue iterating on Next Gen Player Movement, and some of the specific issues players called out have been tuned and improved.
One frequent example mentioned from the playtest was a desire for bigger, heavier players to show more differentiation in speed than smaller, faster players. We’ve done some tuning to widen that gap between the fastest players in the league and everybody else. However, two important pieces of the movement equation that we want to mention is that acceleration and change-of-direction are just as important as speed. The acceleration rating (ACC) controls how long it takes for a player to reach top speed and the change-of-direction (COD) controls how long it takes a player to turn, while the speed rating (SPD) controls how fast a player runs when at top speed.
With a relatively small ratings-range within the acceleration rating, where there’s a bunch of players between 80-84 acceleration across many positions, from defensive line to receiver, some bigger players will still reach their top speed faster than some smaller players with lower acceleration ratings. However, the bigger players with lower COD ratings will be slower when turning and cutting, regardless of their SPD and ACC ratings.

My take: I do agree that incorporating Next Gen Player Movement is a necessary part of this next-generation of Madden on PS5 and XSX. Since this is a football game, players want to feel realism in any aspect they can and Next Gen Player Movement truly captures the motions and maneuvers of players. As such, it becomes less of a video game in that aspect, which can be quite the adjustment for veteran players.

One thing I’m hesitant in regards to this answer, though, is with the changes made to bigger players. While catching is likely to be better with bigger-bodied players over speedy-slight players, speed still seems like it will be a major problem for teams to deal with over size. I don’t know if what they have done have given me enough of a reason to want more big-bodied players on my roster. We’ll have to see, though. Throughout the Community Play Test players reported that the play test would crash or games would disconnect. This is a usual occurrence with play tests, but still good feedback for the developers, nonetheless.

Dev Note: Week 1 of the playtest had some serious stability issues for some players, and most were fixed for week 2, and all have been fixed for launch. One of the most valuable aspects about the community playtest is identifying some of these hard-to-find crashes and softlocks across the game and getting them fixed so they don’t impact players when the game is launched. Here’s where we want to say THANK YOU to all our players who participated in the playtest. Your BIGGEST contribution was finding and reporting these issues so the team could quickly get them fixed! We will continue to react to stability feedback during and after launch to ensure the game delivers the best possible experience to all players. Top Reported Bugs/Suggestions that have been fixed for launch

DEV NOTE: We will not launch with this unique formula for Online Ranked Head-to-Head or Ultimate Team Head-to-Head. We have a formula specific for competitive games that’s currently being tested, and we also want player feedback from the base formula after launch so we can make further adjustments to get it completely dialed in when we deliver it in a title update.

DEV NOTE: To further balance the increased pass rush in Madden NFL 22, we’ve added some logic specific to the Competitive game style so that it will be very difficult to get consistent pressure when rushing three or less, especially vs. double teams.

DEV NOTE: For launch, we are distributing the Gunslinger ability to more QBs. We will continue investigating ways to improve QB releases for future title updates, while still ensuring that QBs are properly differentiated and that all QBs cannot make every throw that elite QBs can.

DEV NOTE: These abilities have been tuned and reworked to function more effectively.