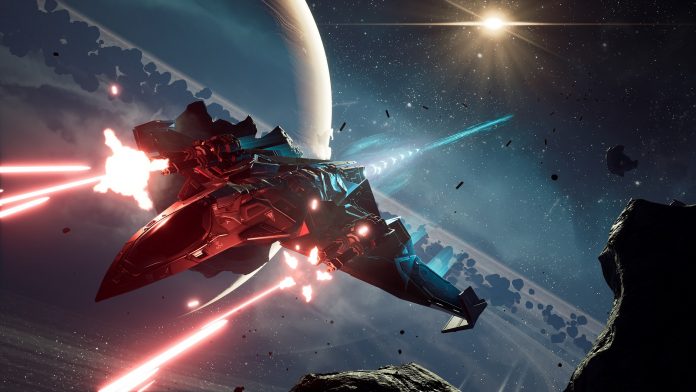 Deep Silver has revealed a new trailer for Chorus, going over the game’s story, gameplay, and features, while giving us a release date to look forward to.

It’s been a little bit since we’ve heard anything related to Chorus. It’s a game that’s been on my most-anticipated list since it was first revealed during an Xbox event last year. Aside from some gameplay action a couple months later, we’ve heard virtually nothing about the game pretty much all year.

As major gaming showcase after showcase hit without a fresh look, I was beginning to worry. Thankfully, the silence is broken today with a lengthy “101” trailer, and a release date! Chorus will launch on December 3rd:

In Chorus you take control of ace pilot Nara, a fugitive on a quest to destroy the dark cult that created her while facing her haunted past along the way. Along with her sentient starfighter, Forsaken, she explores ancient temples, engaging in exhilarating zero-g combat and fighting to unite the resistance forces against the cult (known as the Circle) and their leader, the Great Prophet.