Over the last few months, you may have remembered us putting on gaming tournaments, like Injustice 2 and ARMS, on our nerd talk show SCNS.  Well, that was actually part of a test to see how audiences would respond to a show like that, it turns out you guys loved it.  With that in mind, we went on to greenlight the series and even partner with an amazing local nerd bar and restaurant, Nerdvana Food & Spirits, to host future tournaments, like this upcoming one.

Friday, August 18, LIVE from Nerdvana in Frisco, Cinelinx Presents Mario Kart Madness.  8 gamers from around DFW will flock to Frisco for a chance to dominate the Mario Kart circuits and become #1 Contender to the Cinelinx Gaming Championship.  Here are the contestants that have entered the race:

Each match-up LA, Matt “movethejoystick”, Rob “Ntropi”, “The Kingsman” Michael Shafer, “AP” AJ, Ashley, LLP, and a mystery contestant will consist of one circuit, 4 races on 150cc.  The final cumulative score will decide who moves on to the next round and becomes the #1 Contender to the title.

As to who holds the title will be decided that night, in the Main Event.

The Jersey Jackass BC vs Tha Mad Zack in a Best of 5 Injustice 2 Match for the Undisputed Cinelinx Gaming Championship!

Just like in the tournament we held in June, the rules are as follows:

Who will win? Who will become #1 Contender?  Find out LIVE on the Cinelinx Facebook, Youtube, and Twitch pages this Friday at 8pm/CST from Nerdvana Food & Spirits 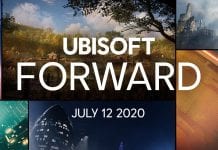