The Taipei game show went mostly un-noticed, but a few people did catch something rather big within the PlayStation showcase. During their opening “sizzle” sequence, a “2” in the style of Metal Gear Rising came up very subtly and then vanished. All the while a “PS4” logo was displayed to showcase new and upcoming games.

Seems pretty obvious Sony was trying to team up with a popular franchise to hint something is coming, right? Well supposedly that was all wrong. Supposedly (yep, using that word again) Geoff Keighley spoke with Ken-ichiro Imaizumi (Senior Producer at Kojima Studios) and he stated that a sequel is not happening, and that the “rumor is simply not true.”

So leave it at that? Hell no! Further digging showcases that two days ago, lead designer of Platinum Games Hedeki Kamiya tweeted out ” ２…！？”

Looking at it further, nobody has gone to Platinum Games to confirm the rumor entirely. Instead they went to Kojima Productions which then stated : “We’d like to say thank you to the fans for their enthusiasm but to clarify we did not tease a new game at the Taipei Game Show.” Notice they said “THEY” didn’t reveal a new game? Of course THEY didn’t reveal a new game.

Instead the only “denial” that Platinum Games has offered is a blog post where the posted the picture below to “celebrate the 2 year mark of Rising.”

Yet, even in that I think are some decent hints that there is something more. You can read the Blog here (translated) and you notice each picture also has a short sentance to go with it.

Under the picture that is shown above a rough translation is : “Congratulations second anniversary! I wonder if Raiden after two years since then has been doing by now …?”

Lastly it ends with “Thank you “METAL GEAR RISING REVENGEANCE” the future!“

Of course they could just be wonky and for some odd reason be the only studio in the world that is celebrating a 2 year mark for no reason, but it’s fun to speculate. Plus this is Metal Gear and Kojima is always (and we mean always) messing with our heads! If I’m not mistaken the reveal of the first Metal Gear Rising consisted of multiple countdowns and a bunch of viral marketing to go with it. Along with that it took a while for Kojima to confirm it even existed, and Platinum Games did their part of staying quiet. So it makes sense that this one is kind of peeking our interest, but is still somewhat hidden.

We have Kojima Studios that is flat out denying it, which makes sense since they are not the ones making it. Yet we have Platinum Games that are obviously hinting at something.

Plus you are telling me Sony randomly decided to “celebrate 2 years of Rising” just as they were showcasing PS4 titles for no real reason? And to celebrate it they tried to hide it within their sizzle reel for no reason, instead of a proper send off?

Who knows, maybe they are celebrating 2 years, but along with that comes a gift right? I just hope it’s a full on sequel and not another “remastered” game for PS4!

This of course is all speculation until it is confirmed, but we want to know what you think! Let us know in the comments! 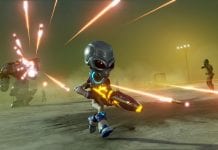 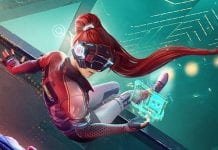