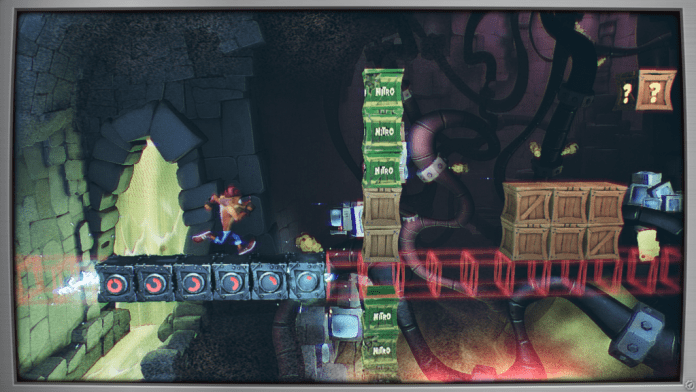 Today, Activision and Toys for Bob revealed a fascinating new part of Crash Bandicoot 4: It’s About Time. Being that this is a time-traveling game, the developers are allowing players to rewind time all the way back to 90s. While in the 90s, players will be able to uncover Crash and Coco’s origin story and explore Neo Cortex’s Test Chambers.

Crash is back… FLASHBACK! 📼 Get ready to flashback in time to Cortex’s Lab with the Flashback Tapes in #CrashBandicoot 4: It’s About Time! 🤪 Run, Jump, and Wump through all the N. Sane obstacles Cortex had Crash complete, before he escaped! pic.twitter.com/LJTa8v2ein

These new levels are aptly called “Flashback“. Players can pick up VHS-like Flashback Tapes throughout their journey across time. Each Flashback Tape contains a new part of Crash and Coco’s story, along with a challenging course.

To see the complete footage of the new levels, see the video below, courtesy of ProsafiaGaming.