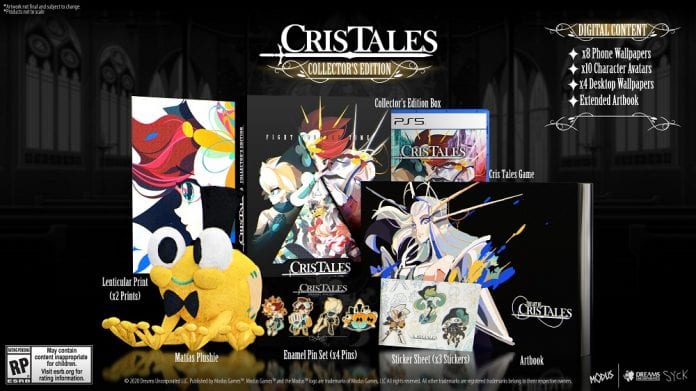 Modus Games announced this morning that the upcoming indie-JRPG Cris Tales is getting a stunning Collector’s Edition when it launches later this year.

A limited run of the Collector’s Editions are now available for pre-order through Maximum Games Store.

“Cris Tales is a time-bending JRPG where past, present and future are brought together on one screen. Players can use Crisbell’s amazing ability to slip between time periods, aiding citizens across Crystallis’ kingdoms and pushing enemies to specific points in time for an upper hand in battle.”

The Cris Tales Collector’s Edition will run $99.99 and be available for the PlayStation 4, PlayStation 5, and Xbox (through Smart Delivery).

Cris Tales is set to launch sometime in 2021 on all consoles, PC and Stadia. A demo of the game is now available on all platforms.