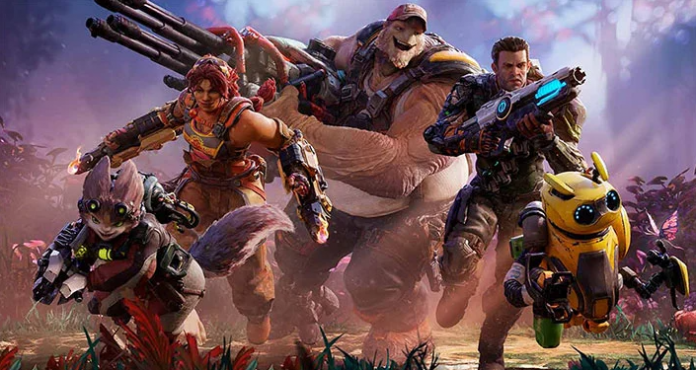 Amazon Games has a brand new free-to-play team-based shooter, Crucible, on the way to PC. The relatively new developer announced that the game will launch on May 20, 2020. They accompanied the release date reveal with a first look trailer that is interesting, to say the least.

Crucible will feature 10 unique hunters pitted against each other on dangerous jungle planet in search of Essence, a resource that amplifies Hunter abilities. A few of the featured hunters in today’s PR are: Earl, an inter-stellar trucker who’s built like a tank and has a gun sized to match, Bugg, a robot botanist whose primary concern is protecting his plants, and Summer, a champion fighter and former welder whose flame throwers keep things hot on the battlefield.

At launch, Crucible will include three game modes: Heart of the Hives, Harvester Command, and Alpha Hunters. You can read all about them below.

Between the battle modes that pit two teams against giant boss hives, the eccentric, unique roster of hunters, and the jungle atmosphere, I’m getting major Evolve vibes from Crucible. Evolve was a game that saw 4 players team up using a unique roster of hunters to hunt down a monster in a jungle environment. It had tons of hype around it, but was overall a game that lacked in depth and never lived up to the excitement. Here’s hoping Amazon Games and their studio behind Crucible, Relentless Studios have found a way to crack the code on this untapped genre.

Xbox Games Showcase Gets a Date/Time