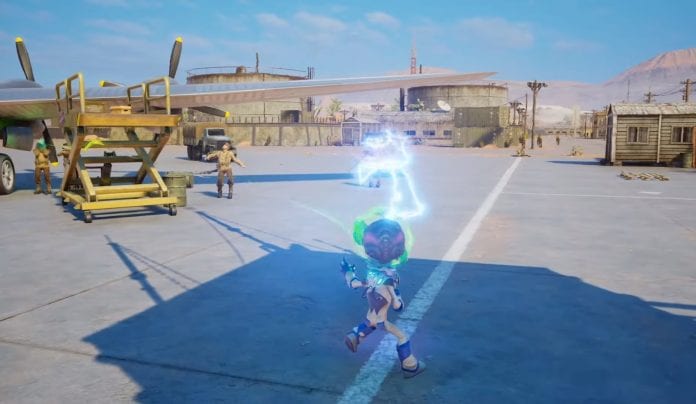 Destroy All Humans is right around the corner, with the release date being July 28th for PC, PlayStation 4, and Xbox One. My inner teen self is screaming with excitement as the release gets closer, it doesn’t help that THQ Nordic and Black Forest Games keep releasing teaser trailers for all the destructive fun we will have when its finally here!

In this new trailer, we see Crypto-137 take a somewhat destructive tour of the earthling military base Area 42. We see Crypto go in guns blazings as soldiers and agents alike try to stop his line of destruction. As said previously with other trailers, this game is going to just be pure crazy fun and we can’t wait to share our thought on the game and what the remake has to offer. Check back here in the coming weeks for more news and watch the trailer now!

The cult-classic returns! Terrorize the people of 1950s Earth in the role of the evil alien Crypto-137. Harvest DNA and bring down the US government in the remake of the legendary alien invasion action-adventure. Annihilate puny humans using an assortment of alien weaponry and psychic abilities. Reduce their cities to rubble with your flying Saucer!
One giant step on mankind!

Destroy All Humans! is a cult classic, one of the few games that will have you laugh out loud. Many games have taken inspiration from its mix of humoristic storytelling and easily accessible open-world shooter action, as well as its wide range of over-the-top weaponry.

But there can only be one Cryptosporidium: the human-hating alien with the voice of an angry Jack Nicholson and a shorter fuse than a xenomorph on steroids.