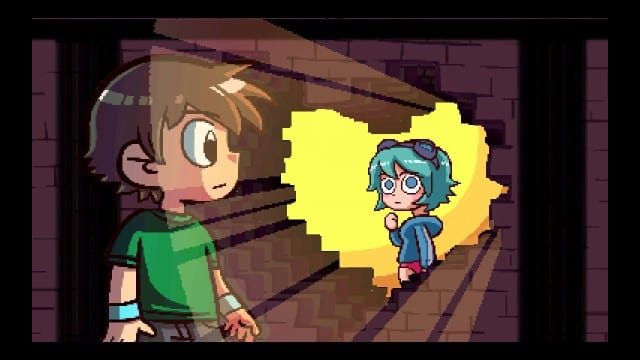 February is here and love is (hopefully) in the air. With the pandemic ongoing, we’re looking at some fun video games to play with your Valentine indoors.

With the pandemic still bearing down upon most of the world, Valentine’s Day may be another holiday-turned-staycation for many and that means there will be plenty of quality time to fill. For gamers-in-love (or maybe you just love your friends or  kids), this is the perfect time to do some quality bonding over co-operative play at home. Here are some great games to play with your honey:

Scott Pilgrim vs. The World: The Game – Complete Edition

A beat ’em up to bond over! Pick your favorite Scott Pilgrim character and fight for Ramona’s love in the recently re-released game.

Up to 3 players. Local, online and couch co-op.

Overcooked: All You Can Eat Edition

Work on your communication and cooking skills with your loved ones with the insanity of Overcooked! The All You Can Eat edition of Overcooked includes all of the levels from Overcooked and Overcooked 2, in addition to all the DLC levels released through the years.

Up to 4 players. Online multiplayer for All You Can Eat Edition only (cross-platform possible), couch co-op on all editions.

Link up with the love of your life to save Aperion from ruin as the last remaining Valorian knights.

Up to 3 players. Online co-op only.

The Little Big Planet series has been bringing puzzle platformer goodness to Sony consoles since the PlayStation 3 and the latest release, Sackboy: A Big Adventure, is a great co-op addition to the PlayStation 5. Any game in the series is worth picking up and bonding over.

Up to 4 players. Local and online co-op, cross-generation.

Lovers in a Dangerous Space Time

Stardew Valley may be a few years old, but sole-creator Concerned Ape has continued updating the game. The first major update added full multiplayer, and the most recent updates (including the one from last month) have added a ton of content. You can run a farm with your sweetie, marrying each other and helping Pelican Town reach its full potential.

Up to four players. Local, online multiplayer. Split-screen couch co-op available on PC only currently, but expected to hit consoles by February, according to Concerned Ape in a recent tweet.

There are four riveting games in the Trine series that have released through the years. The series is available on pretty much all available platforms and the most recent game, Trine 4: The Nightmare Prince, released in October 2019.

Literally any of the Lego games

There is an insane amount of Lego video games that have released over the years from a nostalgia-filled list of licensed properties: Star Wars (the newest game coming later this year), Marvel, DC, Harry Potter, Lord of the Rings, Jurassic World, the Incredibles, Pirates of the Caribbean, and Indiana Jones. There are also a series of first-party Lego games with the Lego Movie (1 and 2), Lego City, Ninjago, Lego Dimensions, and more.

An oldie but a goodie. Minecraft is another one of those timeless classics that is still being updated, with new content being added on a regular basis.

Enjoy a romantic stroll through Tristram, taking on the forces of evil and defending the world against the rising powers of the Burning Hells once again.

A bonus recommendation, just for those looking to test the boundaries of trust: Among Us.

Among Us is a ridiculously funny social deduction game that is available on Xbox Series X|S, Xbox One, Nintendo Switch, PC and mobile platforms.