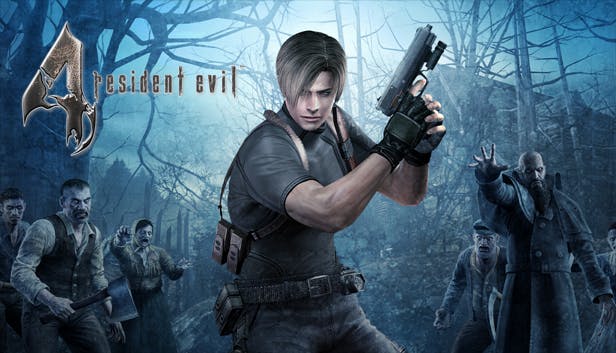 Resident Evil is, without a doubt, one of the greatest survival horror series of all time. For years it dominated a once shallow market with its terrifying gameplay, monsters, and scream-worthy scenarios. This year, one of the franchise’s best entries, Resident Evil 4, turns 15. We look back on how one of the best survival horror games innovated how we play this series, created an entirely new direction for franchise, and inadvertently changed the culture of a well-known developer.

Since Capcom released the first Resident Evil game in 1996 (itself a remake of Tokuro Fujiwara’s 1989 Capcom Horror game Sweet Home) the series has been synonymous with the horror genre. It spawned loads of direct and indirect sequels, a film franchise, and even has inspired others to develop their own dark, twisted games and series. With 92 million copies sold worldwide, Resident Evil has absolutely crushed it for Capcom.

It didn’t come easy, though. Capcom had to learn the hard way that you can’t rush success and you can’t rest on your laurels.

The late 90s were the golden years for the Resident Evil franchise, as 1996’s Resident Evil sold over 2 million copies worldwide and became the Best-selling game for the PlayStation, at that time. The game took three years to develop and is regarded as a video game classic to this day.

Seeing the success of Resident Evil take the world by storm, Capcom worked quickly to try and respond with a sequel. In 21 months, with a team of about 50 people, Capcom had their sequel and it was sensational. Capcom released Resident Evil 2 in 1998 and managed to crush the sales records of Final Fantasy and Super Mario 64, to the tune of over 3 million copies sold worldwide. It was a monumental success, but not something that could be sustained, as the next four years revealed…

With RE2 behind them and a bevy of awards mounting their wall, Capcom was sitting pretty. They were eager to keep the Resident Evil hype train going with several Resident Evil projects in development by different teams. They even had a team, led by Hideki Kamiya, working on a direct sequel to Resident Evil 2, which was reportedly originally set on a luxury cruise liner. When Sony announced the PlayStation 2 would launch in March 2000, however, Capcom scrapped that plan in favor of releasing a game in 1999.

Instead, Capcom would turn to a relatively inexperienced team, led by Kazuhiro Aoyama, working on a Resident Evil spin-off game, while Kamiya & co. moved on to Resident Evil 4. Aoyama and his team ultimately succeeded in releasing Resident Evil 3: Nemesis in 1999 though it didn’t have quite the same success as its predecessor. Sales saw a slight dip to the tune of 1 million copies sold, but still hit Gold status.

Numbers would continue to decline in the year 2000. After spending a few years trying to port Resident Evil 2 on Dreamcast (which never worked) Capcom decided to develop a direct sequel to that game in the form of a spin-off called Resident Evil: Code Veronica, a Dreamcast exclusive. It was a decision that would ultimately haunt them. The game was a hit with critics, but sales for Code Veronica were not as kind. After dominating the field with game sales in the millions, Code Veronica only sold about 450,000 units.

By 2001, the Dreamcast was all but dead, which required Capcom to look elsewhere for their next home for Resident Evil. Fortunately, Capcom already had a deal in place with Nintendo and in 2002, Capcom would finally release the often-forgotten Resident Evil Zero on the GameCube (it originally started life in 98 as a N64 title).

While Zero scored favorable reviews and sold “ok,” it was clear fans were growing tired of the franchise’s annual releases and general repetitive nature. Back at Capcom, the feelings were mutual and the developers knew it was time for an overhaul. The Devil You Know

In 1999, producer Shinji Mikami and director Hideki Kamiya were motivated to create a fourth Resident Evil game. They had no idea where to go with it or even what it would be about. In fact, the Capcom team was so lost, they rejected four different pitches, but each of those ideas would ultimately contribute to the final form of Resident Evil 4.

The first version dropped the survival horror genre in favor of a sleeker, more action-packed style. It followed an invincible protagonist who had superhuman abilities and intellect, named Tony. Perfect for Resident Evil, right?

Kamiya didn’t think the man looked brave enough in the fixed angle that Resident Evil was known for. So, they opted for a dynamic camera system, which required the team to visit Spain and the UK to gather inspiration.

Ultimately, Mikami brought everyone to their senses and dismissed the idea as a Resident Evil game. In response, Kamiya rewrote the initial script of this version to be set in a world full of demons, and ultimately leaving RE4 to direct Devil May Cry (2001) with those ideas in place. Let the Past Die

With Kamiya gone, Hiroshi Shibata assumed the role as director. His version of Resident Evil 4 saw the return of beloved Resident Evil 2 alum, Leon S. Kennedy. In this, dubbed the “fog” version, Leon was sent to the main headquarters of Umbrella, residing in a castle within Europe. Kennedy struggled to survive in this one, as he was infected with the Progenitor Virus (something that would eventually be highlighted in Resident Evil 5).

Ultimately, the “fog” version was scrapped in favor of another version revealed during E3 2003: the “Hook Man Version.” This one saw Kennedy undertaking a more haunted journey filled with a variety of paranormal enemies, including a ghost-like enemy with a hook. It’s no secret that Resident Evil has borrowed from films over the years, but this version felt as if someone had binged Haunted House films and thought, “Yeah, that’ll work.”.

It did not. Before it went to the scrap pile, the “Hook Man Version” introduced the revolutionary over-the-shoulder camera angles and laser targeting to be used in the final game.

The last of these unproduced versions was an exhaustive attempt to end the torture of figuring out something new for the franchise. A basic premise that went back to the tried and true method of just fighting zombies. Mikami and Game Producer Hiroyuki Kobayashi nixed the idea after a few months, believing (correctly) it was just too formulaic. This realization led to building the innovative style Resident Evil 4 employed.

Mikami took back the reins as Game Director for Resident Evil 4 and while a few at Capcom were hesitant, Mikami was resolute on what he wanted to bring to the series with Resident Evil 4. First, he did away with Umbrella and the fixed camera angle of the previous games. Considering that these elements were staples of the franchise so far, it raised more than a few eyebrows. But Mikami’s vision proved to be just what the franchise needed to reinvigorate it. Upon its release, Resident Evil 4 was hailed as the best in the series by critics, as it sold over 1.6 million copies on GameCube. Moreover, 2 million more copies were purchased for PlayStation 2, despite originally being considered a GameCube exclusive.

The innovations made by Mikami and his capable Capcom team blew fans’ minds. The unlocked camera made the world feel more open than ever before. In turn, enemy encounters, especially hordes of parasite-infused villagers, felt infinitely more intense. There was a visceral quality to each encounter, keeping the tension high throughout, introducing a different layer of scares for players.

Capcom also made vast improvements to combat. Resident Evil 4 featured competent hand-to-hand combat lacking from the previous games. Heck, Leon could do a roundhouse kick at the drop of a dime. Granted, the inability to fire your weapon while moving was still an issue, but the ability to AIM and actually fight off enemies more than made up for it.

Resident Evil 4 was the fuse that lit the action-packed cinema-style that would later infect the Resident Evil franchise. After seeing what they were capable of doing with Resident Evil with the success of 4, Capcom proceeded to make the next few Resident Evil games such an action-packed slugfest you’d think Michael Bay was behind them. It wouldn’t be until Resident Evil 7 when the paradigm would shift back to the survival horror genre we grew up loving.

However, what made Resident Evil 4 so beloved is that, at the time, it featured some of the best voice acting the series had. Up until then, the voice acting had been very rough, to say the least. Over-the-top acting, humorless jokes, and don’t get me started on the cheese factor. Looking back now, Resident Evil 4 seems more akin to a 90s action film, at times, but it’s still better than what he had, previously. More so it helped set the stage for better changes down the road.

Easily the best thing it did, was create a better work environment for Capcom. Prior to its release, Capcom had their employees churning out games at a record, and unhealthy, pace. 21 months is a ridiculous amount of stress to put on a team, even if there are 50 people. Since then, though, Capcom has maintained a better structure, allowing anywhere from 4-5 years between major game releases. It’s provided a much better work-life balance, as well as a great way to deliver the best quality experience for Resident Evil fans.

Recently, while no doubt working on Resident Evil 8, Capcom has turned their attention to highlighting the games that lifted the franchise to elite status by remaking them. With the original game remade in 2002, Capcom delivered a complete remake of Resident Evil 2 in 2019 that was so brilliant, it was nominated and won several awards. At the end of 2019, they would also announce a remake for Resident Evil 3: Nemesis to release in 2020. After everything it accomplished, it’s hard to imagine that Resident Evil 4 Remake isn’t on their to-do list.

Congratulations to Capcom and their incredible game, Resident Evil 4 on its 15th Anniversary!

The Bugs Bunny: 80th Anniversary Collection Has Been Delayed (But Only...