Star Wars is about to explode on the scene in ways it hasn’t in over a decade.  With the new series of films kicking off later this year, plus the end to the dry spell on games set in the galaxy far, far away.  For many Star Wars fans, the video games were the ultimate way to immerse themselves in the epic story and live out their dreams of battling the forces of evil (or crushing rebellions).  Sadly, however, it’s been awhile since we’ve been able to do so with any new titles.

Back in 2013, word came out the EA was taking over the Star Wars license and was working on a handful of new titles, but in all that time, we’ve only really heard about one: Star Wars Battlefront.  Then, Disney revealed a few weeks ago that Star Wars was finally coming to their toys-to-life franchise Disney Infinity.  The floodgates are obviously about to open, and one of the most intriguing aspects of Disney Infinity is the fact that it allows for a multitude of gameplay styles and mechanics.

You can fly around in various vehicles and dog-fight your way through levels, or you can hurl objects and enemies with the Force during epic battles, or even experience podracing with your buddies…In short, the game is offering a catch-all of genres that Star Wars fans have been wanting to play for a while.  On the surface, this sounds pretty awesome, but without focusing on one specific element, I think fans will find themselves only wanting more.  Not to say Disney Infinity will be bad (I’m looking forward to playing it), but that it’ll only give us a tease of things, reminding us how much we truly want a full fledged game to give us what we’ve been holding out for.

With all this in mind, I’ve been thinking a lot about the previous Star Wars gaming adventures, and which titles deserve a second chance, and which genres should continue to be explored by the franchise.  While fans may be getting pieces here and there of the gaming experiences they once enjoyed with the upcoming Star Wars titles, the games I’ve listed below are just what we need to fill the void.

Star Wars Battlefront might be getting the spotlight right now, but it’s not the only shooter game fans grew attached to during the time of the Prequels.  Republic Commando came on the scene as a full on FPS title, putting gamers in the role of an elite Clone Trooper, tackling missions that the standard foot soldiers of the army couldn’t hope to handle.

The game takes you through various worlds and battlefields of the Clone Wars, handling missions that lead up to the events of Revenge of the Sith, and earned praise for it’s more mature approach to the story, while featuring solid gameplay mechanics to boot.  More so than the gameplay, Republic Commando did a solid job of making you care about the characters, and feel cohesive with your squadmates.  While the Clone Wars are over, and the focus now seems to be on the Original and Sequel trilogy time period, there’s absolutely no reason this title couldn’t be explored further.

An Imperial Commando game (following on from the name the book series moved to) would be fun to play through, letting players experience battles and story moments from the other side of the field.  Heck, it’d be a great opportunity for fans to explore the First Order, the new baddies from The Force Awakens.  It would give gamers a chance to see more of the inner workings of this new organization and explore some of their battles leading up to the film, in that 30 year space of time between the events of the films. The Star Wars franchise has plenty of room for multiple shooters to work in, especially considering this one would actually have a story (hopefully).

I’m a sucker for flight sims/dogfight games.  Star Wars, being a series based around spaceship battles, is the perfect fit for this genre and the Rogue Squadron games were some of the most popular to ever bear the LucasArts name.  They allowed gamers to live the greatest battles from the movies and even from some of the books (a big plus for fans of the EU), all while putting you in the cockpit of the coolest ships from the series.

Inexplicably, though, this franchise died out two console generations ago and there hasn’t been a peep about it since.  I suspect when Battlefront and Disney Infinity come out, the dogfighting action will only serve as a reminder of how well the mechanic applies to the Star Wars franchise, leaving us wanting for something dedicated solely to that endeavor.

With a wealth of new canon material to explore from the comics, books, animated series, and upcoming films, a new Rogue Squadron style game could blow fans away.  Imagine hopping into one of the new X-wing fighters alongside Poe Dameron and the Resistance, or even hopping aboard the Ghost as you maneuver around Imperial blockades…There’s a plethora of new ships and scenarios that would give players an incredible amount of play time.

If Knights of the Old Republic proved anything, it’s that Star Wars and role-playing games make for an amazing combination.  It makes sense.  The story of Star Wars has always been about characters and how they are immersed in a much larger galaxy, with events happening that seem both daunting and fixable.  So thrusting gamers into that role and populating the universe with a diverse group of characters and an original story, made for awesomeness.  More importantly, it showed that a Star Wars game could thrive even without any of the major characters or plot involved!

So why aren’t there more Star Wars based RPG games out there?  Honestly, I wish there were a solid answer for this.  With the new Canon fleshing out the galaxy far, far away in new and different ways, it seems like a great time to bring in a new RPG.  Star Wars Rebels has shown fans a time before the Rebellion was organized and strong, so imagine how fun it would be to play through an RPG in which you’re the leader of a Rebel cell.  Better yet, give us another game set in an unexplored period of time, with new characters and threats to put us against.

Personally speaking, I’d love to see another Knights of the Old Republic.  While technically those games are no longer Canonical, the Lucas Story Group has proven they’re not opposed to canonizing certain aspects of the Legends material.  Giving gamers the chance to live out their Star Wars dreams in a role-playing setting, gathering their own loyal crew, and fighting the forces of evil where your decisions matter is something gamers and Star Wars fans would absolutely love to have.  While we have The Old Republic MMO, it’s not the same experience as a self-contained cinematic story.

This was actually the first game I ever had for the N64 (I got the bundled package one), and I wore that cartridge out!  Before you say anything, no, I didn’t play it all the time because it was the only game I had for the console (I got a couple others).  I played it so much because it was pure fun.  The tracks were varied, the simulated speeds were incredibly fast, making for interesting maneuvers and ‘holy crap’ moments, and the ability to customize your podracer was surprisingly robust.  All in all, it was a very solid racing game with enough extras to keep you coming back and a Star Wars twist that legitimately worked.  It didn’t feel like a gimmick, or like a cheap racing game with podracer skins tacked on.  It was a great game in it’s own right.

Yet after only one attempted sequel (Racer’s Revenge) which stripped out some of the more exciting elements and shortened the game considerably, Star Wars has left the racing genre behind.  It’s heartbreaking because Racer had a lot of potential for growth and to continue to give gamers a unique experience that’s still very much Star Wars.  One of the things I’m looking forward to most, actually, in Disney Infinity is the racing ability where you can take pods or other vehicles out and race your friends.  I doubt it’ll be as robust a racer as a dedicated game would be, but perhaps it’ll show Disney that there’s demand for another Episode One Racer style of game.

Bounty Hunter is an action adventure title that put gamers in the role of one of the most notorious bounty hunters in Star Wars lore: Jango Fett.  While the game is little more than running and gunning, it was filled with a bunch of extras that make each mission entertaining.  From tracking down random bounties you come across to make extra credits, and exploring new locations, the game did an excellent job of fleshing things out while making you feel like a badass along the way.

I’ve often lamented that this franchise never actually went anywhere; an issue compounding by the fact that the cancelled Star Wars 1313 game was to be about Boba Fett and serve as a spiritual successor.  Third person action games are very much in style right now thanks to amazing entries like Uncharted, Tomb Raider, and the Batman Arkham franchises, so giving Star Wars fans another taste of that would be amazing.

Fortunately, we may be getting our wish on this one as it appears Visceral’s Star Wars title will be an action game picking up from some of the DNA of 1313.  While I’ve heard it’s no long at Boba Fett adventure, it could still fill the gap left behind by Bounty Hunter…though I’m crossing my fingers that one day it’ll be revisited.

We know EA has more Star Wars games planned and in the works at various studios, but we don’t know what any of them may be except for Battlefront (though I suspect we’ll hear more at E3 about at least ONE of the others).  No matter what the future holds, I hope that EA takes a hard look at the games/genres that fans have responded to most, and give us titles that rekindle the spirit of these older games.  At the very least, I think we can all agree that developing some HD remasters of these titles and releasing them would sell a ridiculous amount.  One can always hope.

Which Star Wars game or genre to you hope to see revisited at some point under the new regime?  Tell us your thoughts in the comments below! 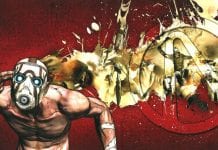