Now with cable providers, you can go up in arms about who is to blame. Every time Viacom throws a fit with a specific cable provider, they ultimately win and the customers lose. Why? Because Viacom milks more money for “packaged deals” so they charge more money for their “network” that includes terrible channels like MTV and probably channels you didn’t even know existed.  You will know about this if you have cable as Viacom has attacked more than 3 major cable providers in the past year. While these providers insist it wouldn’t cause a surge in prices, ultimately prices randomly go up shortly after.

Internet providers are on the opposite side of the fence though, and could possibly shed some light into the cable spectrum issues. Could the whole Viacom battle be a faked front to create an excuse to raise prices? Well if the cable side of these companies act anything like the internet side, it could very well be.

Several companies, such as Netflix, are fighting for something called “net neutrality” which basically means every company gets treated equal. According to them people would pay for data, and companies that are used more often shouldn’t be forced to pay more.  It also states that “high end users” aka people that actually use the internet would not be punished for it. The reason being a lot of people use services like Netflix, which in return means a majority of the bandwidth usage is from them, and they use more data than say someone simply browing Facebook. So companies like Comcast, Time Warner, Verizon, etc… all want to charge Netflix to “make up” for the bandwith usage, on top of charing Netflix users more than Facebook users. Netflix lost a recent battle with Comcast and now they pay Comcast money to make sure their services work properly on their network.

Well this seemed to go over rather lightly, Netflix paid, and wind blew it over. Well not really. Comcast recently put in a bid to buy out Time Warner cable and Netflix spoke up about it to its investors. As you may imagine, they were not too thrilled about it. They noted things such as “needing several companies to compete to bring prices down” and overall they were “not thrilled about Comcast forcing their hand” to pay them for better service.

Comcast then replied to the statement by stating things such as “not forcing their hand” because “other companies do it, and Netflix simply did not.” Another statement stated that “Netflix was the ones that wanted the deal,” for better direct services, so Netflix could skip the middle man.

If you look into it though, you can’t help but side with Netflix from our perspective. Netflix approached Comcast in theory, but they were indeed forced to do so. Once Comcast wanted money they started throttling connections to Netflix. All their users had terrible video quality, and some had trouble connecting period. In response to complaints, they blamed it on Netflix. Yet somehow the second Netflix struck a deal to pay Comcast, the connections went back to being perfect. Comcast was using their own customers as a bargaining chip to force Netflix’s hand.

Comcast then goes on to state that Netflix is not expressing interest for the consumer, but interest in keeping their profits high. Again I’ll have to disagree as Netflix has been in a long standing battle not only with ISP’s, but Hollywood studios to keep prices low and services awesome. Let alone they are leading Net Neutrality defenders, while companies like Comcast want more money for rather lackluster speeds compared to the rest of the world. The idea sure didn’t come from Netflix….

So how does this translate to video games? It’s quite simple. Netflix just lost another battle in the price war. The second they struck a deal with Comcast, other ISP’s like Verizon stepped right up for their share too. You know what that means for us customers…. higher prices! Yep Netflix will raise prices for all new customers by “one or two dollars” and current users will be safe for “the time being.”

So you know that lovely PlayStation Network service or Xbox Live service you love dearly? Or how about the anticipated PlayStation Now and other streaming services? Those use much more data than Netflix ever does. Simply downloading a game is rather huge. Now tack on playing online, streaming, and social features the new consoles have. The bandwith adds up. Now lets look at headlines about both Xbox and PlayStation being more popular than ever. PlayStation 4 just hit 7 million units.

Simple, Netflix lost the war, video games are getting more popular than ever, internet providers want more money for doing their job, so now gamers need to pay more to be online. How will we pay more? Well the added cost will pushed off on us somewhere. We could pay more for online services. $50 dollars a year could becomes $60 or $70 dollars a year. We could see them possibly push the price off on developers by making servers cost more, which in return could make video games themselves cost more.

You see Netflix wants MORE internet providers so they all battle for customers. This would force prices down, or force them to entice you in some way. Comcast wants LESS, which means they have the power to push prices up. When companies are battling about who pays who, the customers always lose. 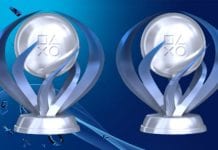 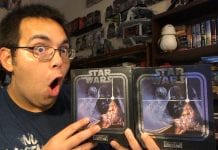