Square Enix has had the remake for Final Fantasy VII looming over every E3 press conference since they announced it back in 2015 and this year they brought with them a release date for the first entry and some gameplay, as a cherry on top.

I had the chance to get my hands on the game Tuesday, and the available gameplay consisted of a portion of the footage shown at Square’s press conference on Monday, battling military police and Mono Drives in an effort to blow up the No. 1 reactor and fighting the Guard Scorpion. No Tifa, sorry friends.

The redesigned combat system, explained initially over the weekend by Square, combines real-time action and the Active Time Battle (ATB) system with seamless character swapping to create immersive battling, allowing players to combo your party members abilities, spells, and limits without any waiting around.

When you are ready to utilize an ability, skill, limit that utilizes ATB, the game slows down into a tactical mode, allowing for smart split-second decisions in how to best take down your enemy.

The ATB bar fills as you do damage, and your limit bar fills as you take damage. It was easy to fall into a seamless pattern of combo-ing abilities and spells. I only used the limit a single time, but it used ATB charge, same as all abilities and spells. ATB was incredibly easy to charge though, so there was a balanced mix of using standard attacks and using tactical mode to be more strategic.

Abilities included one in each kit that dealt additional damage while also increases the stagger bar of the enemy, located under the health bar, and another focused more on damage sans stagger.

Hands-on, I felt that the combat experience was incredibly smooth with the transition between characters despite the difference between Cloud and Barrett’s kits. The redesigned combat is really well complimented by the real-time element in being able to draw aggression to enemies via proximity versus the battle encounters from the original game.

Overall, the gameplay experience was in line with the changes announced and I’m really hoping the full release remains consistent with what was shown at the show this week.

Square Enix announced in 2015 the Final Fantasy VII Remake will be released on an episodic basis and that was reaffirmed in May during a State of the Play with Sony in May.

On Monday, Square Enix announced that the first game will release on two Blu-ray discs on March 3, 2020. Producer Yoshinori Kitase said the first installment will focus on the city of Midgar. There is no word, yet, on how many episodes there will be, because the development team hasn’t quite figured that out.

It was implied in the press conference on Sunday that the narrative of the game has been expanded upon, but two Blu-ray discs worth? We’ll see in March. 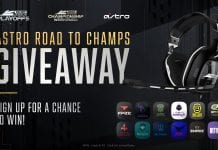