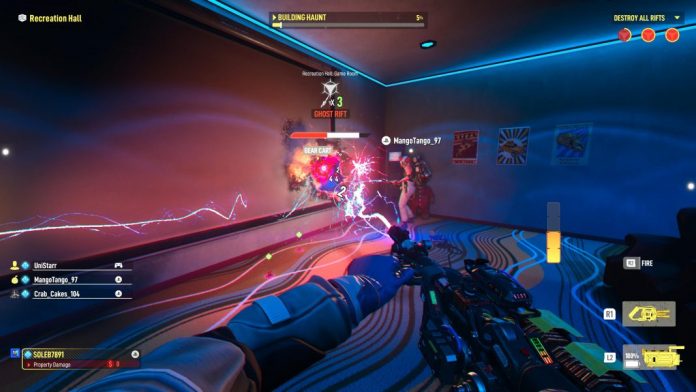 Dying Light 2 did have a few issues to fix on launch day, but man was this one hell of a game. With a dynamic story, thrilling gameplay, and some of the best parkour mechanics I have ever played, Dying Light 2 has a lot to offer fans for many years to come. This is for sure The Gorefilled Thrill Ride of the Year and is a must-buy for any fans of the first-person genre!

Metal Hellsinger has left me in shock and awe, everything about this game bleeds metal fantasy and has rocked its way into a Game of The Year contender seat. From the fast-paced gameplay to the comic-like story to of course the breathtaking music for the game, this is a must-buy, stop what your doing and play its a title! I can’t wait for what is hopefully coming next for this game, but until then, it’s time for me to stop typing and start playing Metal Hellsinger all over again!

Ghostbusters: Spirits Unleashed is a fantastic title with hours of fun for all. With easy playability and its co-op PvPgameplayy, this is the perfect title to stream this Halloween or holiday season. illFonics pumped nothing but love into this game for their fans and it paid off! This is for sure the best new co-op PvP title to play and is a shoo-in for Dark Horse Game of the Year!

With fast-paced action gameplay, a mind-bending paranormal story, to even not having a single bug or glitch… This is a perfectly developed game that has become the new gold standard for gaming. Ghostwire Tokyo is for sure a top contender for Game of The Year and I can only hope we will eventually see more games in this series or even DLC!

Though I have yet to beat God of War: Ragnarök, this has to be (by far) one of the best PlayStation exclusives I have played in years. Sony Santa Monica has poured its heart and soul into every aspect of this game, improving upon some of the smallest combat skills, upgrade system, and visuals, while also making the story better than ever!

This is just a few of the amazing title that have been released this year! There are still more games to come though, what has been your favorite game this year? Check out our game and geek holiday list, reviews, and more!