Perhaps using the term ‘reboot’ is something of a misnomer when it comes to Contra.  In all actuality we really just need another sequel or iteration of this franchise.  Most of the game franchises I talk about in this column typically had something happen to them that turned them from AAA titles into running jokes.  That’s not really the case here with Contra as just about all of their major releases have done well critically.  The only real problem is that Contra hasn’t made an appearance in quite some time and that’s just a damn shame.

Let’s talk about where it all began, back in 1987, when the first Contra unleashed itself on the gaming masses via coin-operated machines.  While it enjoyed big success in arcades, it’s biggest surge in popularity and what helped make it such an endearing and well-known franchise was when it was ported to the NES in 1988.  People loved it because it featured two-person simultaneous play, which at the time, wasn’t all that common (most two-player experiences back then required alternating turns), so friends could get together and truly tackle the game.

It’s a good thing too considering Contra is probably best known for being one of the hardest games ever created.  The game puts players in the roles of military commandos Bill “Mad Dog” Rizer and Lance “Scorpion” Bean in the far distant future where aliens (in other countries it was just a terrorist organization) are attempting to take over the world.  Of course it’s our job to stop it and blow up anything that gets in our way.

The game was a massive success and went on to produce a total of 12 installments.  The various sequels played off of the original story and acted as continuations of Bill and Lance’s adventures against the evil invading aliens.  The last game to come out in the Contra series was Contra ReBirth back in 2009, and it proved to be just as successful critically as all the other games in the series.  It’s quite an accomplishment that nearly every game in this long running franchise has been received well.  Hell, there are games now that can’t keep the momemtum going only two sequels into it!

To me, that’s a sign of how well designed the Contra franchise is, because the formula hasn’t change much, but they’re still incredibly fun games.  So what happened?  The last Contra game we got was Rebirth in 2009 which came out on the WiiWare.  While it was critically well received, because it was a Wii download title, it didn’t reach as big of an audience as it could have.

As I said, I’ll take just a straight up sequel, but a reboot wouldn’t be a bad thing either.  With twelve titles, that all follow on one another, the storyline has become a little convoluted (Rebirth featured time travel and all that).  A sequel that adds to the long history may be a deterrent for new gamers wanting to get in on the title.  While fans wouldn’t mind so much, the only way for a franchise to continue to grow is through new people.  That’s the primary reason behind the decision to reboot the Tomb Raider franchise.

I think Contra could similarly benefit from a general reboot.  Start the story off fresh, give it a chance to bring in new fans, and put it in front of as many people as possible.  There’s been no shortage of Alien based shooters in the last four years since Rebirth, but Contra as a brand is still strong enough to push some major sales, and features a formula simple enough to harken back on nostalgia, yet deep enough to give newer generations the challenge they crave. 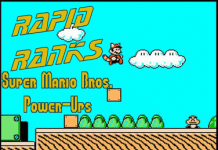 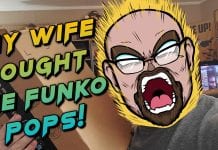 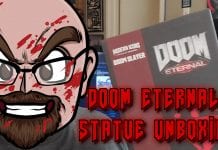