This month, the Cinelinx crew have been taking a look at the various games we can’t stop playing, and why they’ve hooked us so thoroughly.  When I initially set out to write my choice down, I had a couple other choices in mind, but in the end I had to go with the game that’s virtually perpetual in my handheld system…Rune Factory.

This franchise started back in 2007 (at least here in the US) on the Nintendo DS, and I’ve been hooked on it ever since then.  Labeled as “a Fantasy Harvest Moon”, the Rune Factory games are big amalgamation of a few different genres rolled into one.  Initially it’s a farming simulator like the Harvest Moon titles (which Katy talked about last week), in which you acquire a plot of land, till the fields, plant crops, and sell them to make money.  Money which you then use to buy better tools and seeds to snag better harvests.

But this isn’t Harvest Moon, so the game then throws dungeon’s and monsters into the mix.  You’ll have to traverse dangerous routes and battle monsters with a variety of weapons in something akin to a Zelda game.  There’s even more, though!  A monster capturing element gets added as well, meaning you can “befriend” the monsters you battle so you can use them to produce more goods for sale (like milk, honey, etc), they can even water your crops for you while you’re out battling, and of course, they’ll join you in battle as well.

When people have asked me what it’s like to play a Rune Factory game, I generally describe it as a farming game mixed with Pokemon and Zelda…in short, it’s all kinds of awesome.  Typical RPG elements have worked their way into the games as well, allowing you to level up your character and items, as well as complete quests for villagers, and even court a significant other and get “married”.  The latest iterations have added in even more, with cooking/crafting elements.

There’s no shortage of things to do in a Rune Factory game, and therein lies the danger.  While the quests given to you by the villagers near the start of the game are designed to teach you the dynamics of the game and show you the ropes, they segway into tasks you find yourself compelled to do and check every single “day” within the game.  For the most part, quests are simple.  Fight X amount of monsters, harvest and sell a specific crop, go fishing, etc.  It’s deceptively simple, and because you get these tasks and think, “aw man, I can knock that out real quick” you find yourself doing them over and over again.

Moreover, all of the villagers have different things to say every day.  They bring you new information or tell you more about themselves every day.  The game features a ‘friend/romance’ system.  It’s kind of a like leveling up in a different way.  There’s a tracker to see how close and good your friendship is with each individual person.  To increase your friend ranking with everyone, you can complete personal tasks for them, and talk to them every day.  If you’re looking for help later on, or trying to woo a specific character, it’s important to make sure you walk around town every day and chat up the people.  I’m not even this friendly in REAL life!

The first couple of dungeons you encounter are about as easy as it gets, mostly used to get you as familiar with the various systems as possible (recruiting other monsters to fight along with you, different tools to gather more minerals in dungeons, etc).  Once you get past those, however, the dungeon-crawling aspect of the game sucks you just as much as the other elements in the game.  Before long, you’ll find yourself using up your entire “day time” tending your crops, petting your monsters, tracking down villagers to chat, and then battling monsters and harvesting minerals in various locations.

This isn’t even mentioning the various festivals you can compete in, or how you can spend your evenings cooking food or crafting new items to make everything else easier and better.  It’s a vicious circle that’s not at all respectful of your time.  The more tasks you do, the better equipment you need.  As you find ways to craft better equipment and tame bigger monsters, you get even MORE quests which will eventually require you to craft better stuff.  It just keeps going, and even after you settle down and “marry” in the game, the crops continue to grow and the hours keep ticking away.

When you’re first starting out in the game, the amount of things to do and people to talk to can seem overwhelming to the point where you just don’t want to keep up with it all.  Once you get in a “routine” of handling things, however, that’s when the addiction sets in.  Some of you may even find yourself caught up in the story of the games (though for me, those were more of an after thought), but on the whole, the deceptively simple gameplay and elements make for a packaged game that is ridiculously hard to put down.

No matter what type of game you enjoy, there’s a little bit of everything in the Rune Factory games for you to enjoy.  That’s how it hooks you, and you’ll soon find yourself enjoying all the other aspects of the game too, despite your normal preferences.  I started Rune Factory 4 (for the 3DS) as a way to keep myself occupied on my first airplane flight.  The flight was 3 hours long and I’ve already logged about 17 hours of game time…Just saying. 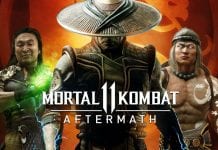