I sat down for a demo of Assassin’s Creed Origins with two fellow press members and the Lead Game Designer. He walked us through a general lay out of the new control scheme and then let us have our way about the quest at hand.

Assassin’s Creed Origins has revamped the counterattack combat system that’s subsisted through a 10+ title franchise. This mechanical change trickles down and affects the entire control scheme.  This isn’t necessarily a bad thing, and generally it made combat feel more fluid and mobile (dependent on dodges and light/heavy attacks), but it takes some getting used to. Its bow mechanics are handled similarly to how Breath Of The Wild utilized the weapon, and was fairly comfortable to play around with.

This system is more flexible and makes it easier to imagine battling different kinds of baddies with the new mechanics.  It makes it feel more like each encounter can be varied up in terms of combat, rather than every enemy fight boiling down to the same thing.

The Eagle we saw shown off during the gameplay reveal at the press conferences operates like Drones do in other Ubisoft games, but more “analog” if that makes sense.  Ubisoft tends to have these cross-franchise recurring mechanics, but it’s tweaked enough to make it feel appropriate for the Assassin’s Creed setting.

Overall, from the time that I had with Assassin’s Creed Origins, the game feels way different from the previous entries in the long franchise…but it still feels like Assassin’s Creed. The essence of the series is still very much intact, but it’s bringing about some (much needed) changes to the formula.

The demo, obviously, is limited to a specific mission.  While it gave me a good idea of how the mechanics will work in a broad sense, there are still some lingering questions about the game.  Like, will we fight creatures like the giant snake that appeared at the end of the first trailer we were showed?  It would be a different addition to the franchise, but could be welcome along with all the new mechanics.

Where’s the Animus? One of the press member’s in my party attempted to provoke details on the topic indirectly, in hopes the lead game designer accidentally leak something. He would ask what it took for him to “Desynchronize”…Sadly, we didn’t get any concrete answer on that.  For now, we have no information on what the modern day aspect of the game will look like.

Activision let us play the first story mission that it revealed back in May, but we were limited to the solo-mode, which seemed odd considering that’s uncharacteristic of the overall Destiny experience. Regardless, I got to experience the new cinematic approach to storytelling hands on (which is more of a focus for them in the sequel) and feel out the Warlock and its new super.

Unlike Assassin’s Creed Origins, the core mechanics in Destiny have largely remained same.  In this case, that’s definitely not a bad thing as the shooting feels as slick and quick as it always did.  Bungie knows how to craft great shooting mechanics and the familiarity makes it easy to jump right into the action.

Cinematics and in-game character interactions make the story feel more substantial, less like a chore on a checklist as it did in the first game.  Though I only played through one mission, I felt far more engaged in what was going on and the story overall.  By the time the demo wrapped up, I found myself eager to see what happens next beyond shooting more badguys.

The Warlock’s ‘Dawnblade’ super feels as awesome as it looks, and the other class ability was a healing rift.

While getting to play around with the story aspect was fun, but as this was a mission we’ve already seen, my biggest questions still remain. What’s new? How is it approaching game hubs and online interaction? How big is Destiny 2 in comparison to the first, and what does travailing it’s planets look and feel like?  The lack of cooperative options meant I didn’t get a chance to see how the classes interact together. We’ll have to stay tuned for more. 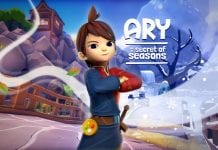