Sony and Microsoft have been toying with pre-order updates for months now. For most retailers all we needed was a go-ahead from Sony/Microsoft, along with a price and date to start pre-ordering the new console. What followed was a cat-and-mouse game between Microsoft and Sony, before Microsoft’s ultimate price structure was leaked and later confirmed. Sony quickly followed up with their own live stream event to release their details, and what followed has been chaos.

Going back to July, it was “leaked” that Sony was going to announce the price of their PS5 and pre-orders were going to go live the same day. Sony let that soak for a while before denying it shortly before the event, with Sony’s own Eric Lampel noting, “”I think it’s safe to say…we’ll let you know when preorder will happen. It’s not going to happen with a minute’s notice. We’re going to at some point let you know when you can preorder PlayStation 5.”

The test shows that was indeed a lie.

While this statement eased many of us that knew PS5 was going to be hard to get, it didn’t happen that way at all. Instead what was supposed to happen in July ended up just happening during their September showcase. A release date and price was revealed, then Sony quickly noted that pre-orders were opening up within 24 hours. Many retailers jumped the gun and abruptly opened pre-orders even sooner, and all units pretty much sold out within hours. Some retailers are noting their entire allocation for the year has already been pre-purchased.

The question is who is to blame?

Sony’s perspective is somewhat organized. They noted pre-orders would be out in 24 hours, which seemed like a decent plan. Following up with that was their own PlayStation site announcing pre-orders were hitting on Friday. If you signed up for their email alert and were selected, that is. If you were not, don’t worry. I’ve had the same PlayStation account since they first went live on PS3, and signed up within an hour, and still wasn’t selected to pre-order from the site.

Overall though it seems like a miscommunication started from them. Why would you say in July that it won’t be “abrupt” only for exactly that to happen? Also why was there no mention of pre-orders within the showcase? The only reason we knew it was happening was because Sony noted it after the show to one outlet, and then released a statement shortly after.  Sony very well could have also been trying to please investors as well considering their stock was starting to slip a bit over concerns of production issues. That stock has already gone back up with record numbers in pre-orders.

On the flip side, retailers wanting to be first and see some sales in an otherwise terrible economic situation are majority to blame. Sony has to allocate units to retailers, and then retailers take this data and offer pre order units. Sony obviously planned to have the orders open by this weekend, but since retailers already had the data they jumped the gun. I personally sat within a GameStop listening to the call, the store had to call corporate to get a number they were allocated, before coming back out to say we can get one. Outlets like GameStop obviously are going to see a massive surge in sales because of this and desperately wanted to get pre-orders out as soon as they could.

One major retailer, Wal-Mart, decided to not listen at all for whatever reason and offered Pre-orders almost instantly during the show. Other retailers followed, and nothing could really stop them at this point. However it is worth noting that if these retailers were indeed planning to open this day then all their notifications would have gone out. Several retailers such as BestBuy, Target, and GameStop had email notification lists for when pre-orders would be coming, nothing was sent until orders were already pretty much gone.

But It Would Happen Anyway

Truth of the matter is it didn’t matter when Sony released or planned out the pre-orders because chaos was going to follow regardless. If you say pre-orders open 3 months out with a date, then it just gives people running online bots time to steal all the digital pre-orders for flipping. Physically people start lining up days in advance to get anything new. At the end of the day the supply is limited, not everyone will get one, those that don’t will be upset.

However I think the abrupt announcement helped a bit in terms of getting pre-orders in hands of actual fans and gamers. People that actually watched the event, or people actually following PlayStation and gaming went out and got one. Did some people miss out due to it being abrupt? Yes, but chances are a lot of them would have missed it if it was planned too. Look at other major releases, look at collectors, these things happen regardless. Websites crash, people horde units, it’s almost always the same things. I am certain Xbox will have the same issue later this month when their pre-orders open.

Even Sony’s own lottery system seems like a failure. As mentioned above I’ve been gaming on my PlayStation account for 3 generations now, spent countless money on the store, active daily, and still missed out. Who knows how the system worked, but clearly people would still be upset they missed out. Nike runs a similar system when releasing new shoes and it just sucks not being picked to buy them.

Until a new system is put in place to prevent flippers, to prevent digital bots perfectly, there really isn’t much we can do in terms of keeping people happy. Even if we perfected all of this, every single order goes to an actual gamer that isn’t posting the receipt on Ebay, you’d still have countless people upset because there simply isn’t enough to meet demand. 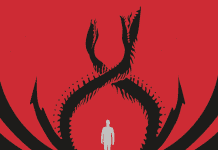