Going into E3 2018, FromSoftware’s Feudal Japan epic, Sekiro: Shadows Die Twice, wasn’t the prominent title on everyone’s wish list.  However, by the end of the Xbox E3 Showcase, it was the game no one, including ourselves, could stop talking about. What really made the trailer for Sekiro: Shadows Die Twice was the gritty way they built this fantasy world, inspired by Japanese mythology, and told a fascinating story of loss and brutality.  They even showed how Sekiro was a departure from FromSoftware’s flagship IP, Dark Souls, by incorporating verticality and explosive weaponry. It may not have been at the forefront of our minds going into 2018, but this trailer made sure that Sekiro: Shadows Die Twice was permanently imprinted in our minds of games to watch out for in 2019.

Most of the time, when it comes to choosing the Top 10 Video Game Trailers of 2018, we follow a strict criteria and usually teasers don’t make the cut.  DOOM Eternal is the exception to that rule. The Bethesda product blew us away with a minute-long teaser that promised us an Earth taken over by demons, with only one hero capable of stopping them.  It had us excited, it had us pumped, it had us ready to save our planet! A lot of games try to pull off the post-apocalyptic genre but no one does it like DOOM.

The opening scene of this trailer is the real money maker.  Seeing through the eyes of a rat as a scuffle could be heard in the background had gamers scratching their heads and looking to their well-informed buddy, next to them, for a clue as to what this trailer was about.  Meanwhile the well-informed buddy just gawked at the screen with giddy expression, only to pop and yell “I KNEW IT!” when Leon Kennedy was revealed. This was the perfect way for Capcom to show off Resident Evil 2 Remake.

Simply put, this is just a beautiful trailer.  From the jump, nature takes over, as the wind blows through the trees, tall grass sways around you, and fallen leaves flow like dust in contentious situations.  Within all of that is 8-minutes of gameplay and story that all but assure us that Ghost of Tsushima is simply something special.

Our first non-E3 2018 trailer comes from The Game Awards, where the brilliant minds that created Fallout have teamed up with Obsidian to make a game that looks out of this world (pun intended).  The first trailer for The Outer Worlds gives us a look into a world that feels like a funny version of the post-apocalyptic game the original creators made their fame from. It was a game that seemingly came out of left field, but became one of the few we left Geoff Keighley’s awards show talking about.

The other game was Mortal Kombat 11.  In a word, this trailer was “Brutal”, and that’s exactly how it should be.  Fought to the tune of “Immortal” by 21 Savage, Raiden absolutely demolishes his opposition, full heel-style, only to find himself in an altercation with Scorpion that features combat reminiscent of the actual game itself.

Kojima continues to make the impossible possible.  He made being a mail courier look like the most exciting, tense experience we’ll ever have in a video game.  Did he fall asleep watching Kevin Costner in The Postman and in his twisted Kojima mind create Death Stranding?  I’m not saying he did, but I’m not not saying he did. Once again this was another brilliant trailer by Kojima Productions that had me and everyone else with our hands firmly placed above our shoulders in the dedicated shrug pose one must hold when watching anything Kojima related.

The presentation and the reveal of the long-awaited Cyberpunk 2077 trailer was something special and really cool for Xbox’s E3 Briefing.  This was CD Projekt Red’s chance to provide a good first impression of their world and by God they took the bull by the damn horns, with an inspired bit of world-building set to a killer tune.  With every scene they featured something eye-catching and with a few others they featured high-impact action. It got even better when they revealed what it was like to be in this world with a 48-minute preview.  It was the toast of E3 2018 and will be the talk of 2019.

Playstation shocked the gaming world when they opened their strangely-crafted E3 2018 showcase with The Last of Us Part II.  That in no way was a bad thing, it’s just that it would’ve been safe to assume it would’ve closed out the showcase. Nevertheless, this main event-worthy trailer from Naughty Dog gave us our first look at this sequel where Ellie is now the main character of this story, in a world that feels far more dangerous than in the first game.  A lot of that has to do with the fact that it features 0 monsters. Instead, it’s the humans who are the enemy in this game. That’s all showcased in a brilliant gameplay demo that takes place in between two stellar cinematics that give us a glimpse into how much Ellie has grown. All in all, it was fascinating, brutal, and left us on the edge of our collective seats.  Even though we haven’t played the game yet, the trailers have given us enough to believe that Part II could outdo Part I, which is a lofty goal and a blasphemous thing to say.

Ubisoft takes the crown for top trailers from 2018 with an incredible cinematic trailer for Beyond Good and Evil 2.  If the first trailer from E3 2017 was all about fun, the E3 2018 trailer was all about devastation, as the charismatic pirate crew deals with a dramatic boarding that involves what looks to be something like a blizzard in space that culminates to the reveal of Jade, the hero of the first BGE as the villainous pirate hunter!  This trailer has it all, intense action, an introduction to some memorable characters, and a reveal few saw coming. It was positively brilliant and is why it now holds the coveted title of top trailer for 2018!

Star Wars: Episode I Racer Still Holds Up in the Modern Era 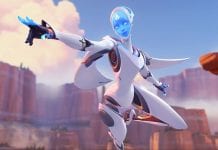 Dear Blizzard, What’s Up With Echo And Junkrat?