The Luigi’s Mansion series has been an iconic addendum to Nintendo’s most popular franchise since the first game launched to great success on the Game Cube. The second game in the franchise, Luigi’s Mansion: Dark Moon, released on the 3DS and launched to more critical acclaim than the first.

Nintendo released Luigi’s Mansion 3 last Halloween and it is a must-buy for the spooky season.

Luigi’s invited to the towering Last Resort hotel, but when Mario and friends go missing, our green-clad hero will have to conquer his fears to save them! Slam, blow away, and vacuum up ghosts with the all-new Poltergust G-00, and join forces with Gooigi to overcome the puzzling contraptions and mischievous boss on each themed floor. And that’s just the Last Resort. Enter the ScareScraper for 8-player local wireless or online co-op gameplay.

See if you can defeat all the ghosts, rescue all the toads, or clear other objectives before time runs out…in the ScareScraper! And for more mini-game madness, compete on teams at the ScreamPark! Whether you play with friends or wander the hotel alone, you’ll be sucked in by the atmospheric music and ghoulish décor of every cobwebby corner you explore. Why not take in the cinematic sights and sounds with a friend? In the main adventure, you and a friend can play together as Luigi and Gooigi in two-player co-op! Gooigi can walk on spikes, slip through tight spaces, and help Luigi overcome obstacles he can’t tackle alone. Never hurts to have a friend in this hotel; it may not be very spooky, but Luigi begs to differ!

The message confounded Orochi scientists. Their analysts broke it down and determined it was of intelligent origin. Orochi management immediately concluded that the discovery was too sensitive for public knowledge and moved to keep it hidden. In secret, the corporation began construction of Trailblazer Alpha, a state-of-the-art Mars research outpost designed to identify the true nature of the message.

You are Shane Newehart, an engineer stationed at Trailblazer Alpha and your security clearance means you are completely unaware of the existence of the mysterious signal. Your job is simply to keep the lights on until the transport ship Cyrano arrives bringing with it a new team to take over your duties.

Soon you discover strange and unusual setbacks. Crucial systems are malfunctioning, the greenhouse is filled with a strange mist and the rest of your team has yet to return from their EVA mission.

Things are starting to fall apart.

You begin seeing and hearing things that aren’t there. Visions, hallucinations – or is that even what it is? Is this real… or are you slowly descending into madness?

In the remote mountains of Colorado, horrors wait inside Mount Massive Asylum. A long-abandoned home for the mentally ill, recently re-opened by the “research and charity” branch of the transnational Murkoff Corporation, has been operating in strict secrecy… until now.

Acting on a tip from an anonymous source, independent journalist Miles Upshur breaks into the facility, and what he discovers walks a terrifying line between science and religion, nature and something else entirely. Once inside, his only hope of escape lies with the terrible truth at the heart of Mount Massive.

Outlast is a true survival-horror experience which aims to show that the most terrifying monsters of all come from the human mind. Are you prepared?

Outlast 2 introduces you to Sullivan Knoth and his followers, who left our wicked world behind to give birth to Temple Gate, a town, deep in the wilderness and hidden from civilization. Knoth and his flock are preparing for the tribulations of the end of times and you’re right in the thick of it.

You are Blake Langermann, a cameraman working with your wife, Lynn. The two of you are investigative journalists willing to take risks and dig deep to uncover the stories no one else will dare touch.

You’re following a trail of clues that started with the seemingly impossible murder of a pregnant woman known only as Jane Doe.

The investigation has lead you miles into the Arizona desert, to a darkness so deep that no one could shed light upon it, and a corruption so profound that going mad may be the only sane thing to do.

The third game in the series, The Outlast Trails is set to launch sometime in 2021.

Survival Horror – Pretty much every console and PC

Resident Evil is one of Capcom’s most prolific and successful franchises with titles spanning PlayStation, Sega Saturn and Dreamcast all the way onto current generation and beyond with the recent announcement of Resident Evil Village at the Sony PlayStation 5 Showcase on Sept. 16.

I’m going to drop a couple of the recent releases in the series:

Set in a brutally unforgiving post-apocalyptic world overrun by the undead, 7 Days to Die is an open-world game that is a unique combination of first person shooter, survival horror, tower defense, and role-playing games. It presents combat, crafting, looting, mining, exploration, and character growth, in a way that has seen a rapturous response from fans worldwide. Play the definitive zombie survival sandbox RPG that came first. Navezgane awaits! 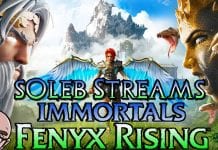