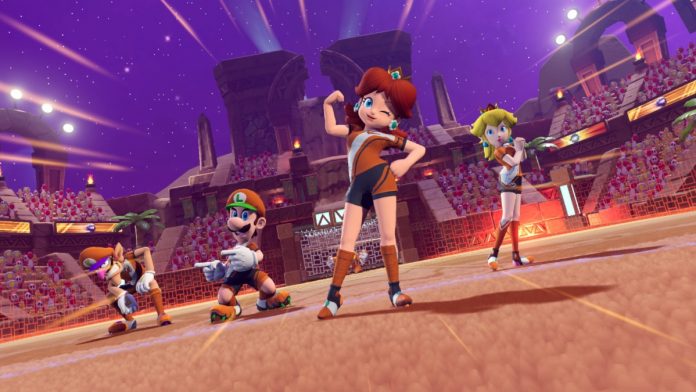 If you’ve been eager for an update to Mario Strikers: Battle League, your wait is almost over. Nintendo has announced that next Friday (July 22nd) will bring a free update to the game that adds Daisy and Shy Guy as playable characters along with other new features:

· Shy Guy – Evenly balanced in all attributes, Shy Guy is always eager to take the field no matter the position. Plus, Shy Guy’s Propeller Dive Hyper Strike is a force to be reckoned with.

· Knight-Themed Gear – When equipped, this gear increases the strength and shooting attributes at the cost of other attributes.

· Desert Ruin Stadium – Get gritty in a new stadium featuring the appearance of desert ruins. In addition to using the Desert Ruin stadium in matches, you can also set it as your club stadium!

Will you be diving back into Mario Strikers: Battle League for this update next week?