Ubisoft revealed where in history the next Assassin’s Creed game was going to take place yesterday and we got a closer look at the world set in Valhalla today with a new trailer.

Assassin’s Creed Valhalla is set toward the end of the ninth century, when Norse tribes were leaving their homes in Scandinavia and sailing to the collection of fractured kingdoms known as Anglo-Saxon England.

“It’s here, during this age of transition, that you’ll take on the role of Eivor and lead your people to a new land in the search for a new home,” developers said in a blog post. “As you embark on Valhalla’s epic Viking journey, you’ll lead deadly raiding parties, fight in massive battles, and build up a prosperous settlement, all within the historical backdrop of ninth century England.”

“At the end of the Roman period, the world was fragmented, and the Vikings played a very important role in reconnecting it, because they went nearly everywhere, Noël said. In Assassin’s Creed Valhalla, players will take on the role of the Viking Eivor and have the opportunity to play as either a man or a woman.

“The archaeological sources are highly debated on [whether women were warriors in Viking culture],” Noël said. “But the fact is, and I think what’s really important, is that it was part of their conception of the world. Sagas and myths from Norse society are full of tough female characters and warriors. It was part of their idea of the world, that women and men are equally formidable in battle, and that’s something that Assassin’s Creed Valhalla will reflect.”

The world you will be leaving with Eivor’s clan is rife with endless wars and conflict over a lack of resources and land, leaving you to search new land and resources. Noël said that Scandinavians discovered and mastered the use of sails in the 9th century, helping them. “It’s a fascinating time. It’s been called the Dark Ages because we don’t have as much information relative to certain time periods like Ancient Egypt or Greece,” Noël said. “It may be dark, but it’s also a period of transition and transformation. The Roman world has disappeared, and the medieval era has not yet totally arrived. It’s a really interesting period of rebuilding the western world, rebuilding values, rebuilding states and nations, and mixing cultures that were isolated before. It’s not only a period of conflict; it’s a period of intensive cultural exchange between people, and Vikings played an essential role in that rebuilding of the world through exchanges.”

In Assassin’s Creed Valhalla, you will take control of the Viking named Eivor traveling to 9th Century England, which existed as a multi-ethnic society at the time between the Anglo-Saxons, Bitons and more.

The trailer showcases the ruler of the Kingdom of Essex, Aelfred, an important English historical figure, Noël said.

“When the Vikings started to invade and settle England, all the Anglo-Saxon kingdoms fell, one after another,” he noted. “The only one that survived was Wessex, which was the kingdom ruled by Aelfred. It not only survived, but he managed to repel the Viking invasion, and even managed to rebuild modern England. He’s a very important character for us.” The combat in the game is going to reflect fighting in the historical context of the 9th century, including dual-wielding of weapons and weaponized-shields.

“We know that combat at the time was rough and rustic. It was really harsh; our research taught us that Vikings were very versatile fighters,” Noël said. “They knew how to use a wide variety of weapons; and managed to dual-wield any kind of weapons they could get their hands on. They even weaponized their shields, which is why you can dual-wield them in Assassin’s Creed Valhalla. There was so much variety in Viking combat, and that’s what we wanted to make available to the player as well. Research also taught us that Vikings had many different battle tactics, and that’s where the raids come from. We wanted to make sure to reflect those raids and let players control them.”

In Assassin’s Creed Valhalla, Viking society, ritual and mythology are a fundamental part of the world building in addition to creating settlements in England.

Assassin’s Creed Valhalla is being developed by Ubisoft Montreal in collaboration with 14 studios: Ubisoft Sofia, Ubisoft Singapore, Ubisoft Montpellier Ubisoft Barcelona, Ubisoft Kyiv, Ubisoft Bordeaux, Ubisoft Shanghai, Ubisoft Chengdu, Ubisoft Philippines, Ubisoft Quebec, Ubisoft Bucharest, Ubisoft Pune, with additional help from external partner Sperasoft. A release date has not been given, but the expectation is that it will launch later this year.

Platforms have not been announced either, but with the launch of the PlayStation 5 and Xbox Series X this holiday season, it remains to be seen where we’ll officially have the chance to play Assassin’s Creed Valhalla.

Exciting! An immense congratulations to our studio warriors for all the good work and passion building to that reveal. We’d also like to thank the 14 co-dev studios all around the world. You know who you are, and we’re thankful for your dedication! Skàl! pic.twitter.com/hBPpFZKkrP 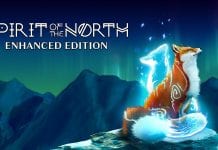 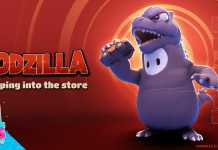 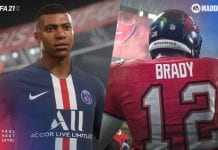