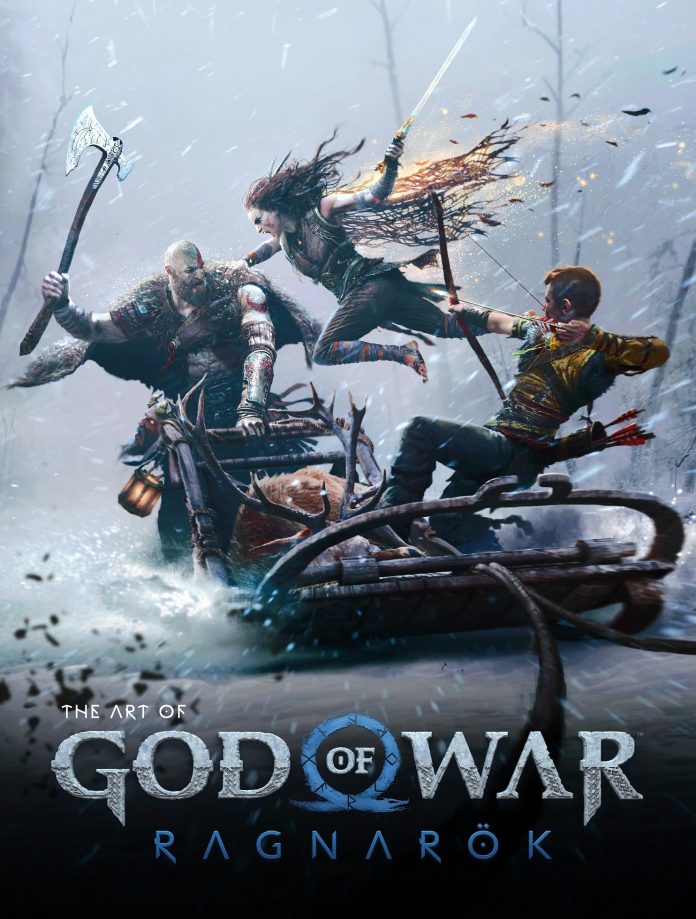 God of War fans eager to dive into Ragnarök this Fall will definitely want to get their hands on Dark Horse’s upcoming Art of book launching just a few weeks after the game!

If you’re already thinking ahead to Christmas gifts for gamers, or just need more awesome God of War goodness, then Dark Horse has you covered. Today, they’ve announced The Art of God of War Ragnarök will be launching on November 29th in both a standard ($49.99) and deluxe ($129.99) version:

Kratos returns to Dark Horse in The Art of God of War Ragnarök. This full-color hardcover volume collects concept art and creative commentary chronicling the development of the next entry in the God of War saga. The deluxe edition contains all this, along with amazing extras including—a faux leather clamshell case and cover, as well as two gallery-quality lithographs in a displayable portfolio.

As the threat of Ragnarök grows ever closer, Kratos and Atreus find themselves choosing between the safety of their family and the safety of the realms. This painstakingly-assembled tome details a story of parenthood, destiny, and adventure, told in the voices of the team that brought it to life.

Dark Horse Books and Santa Monica Studio join forces to present stunning, never-before-seen concept art of the world, characters, creatures, and artifacts with The Art of God of War Ragnarök. See what adventures await in Midgard and beyond!